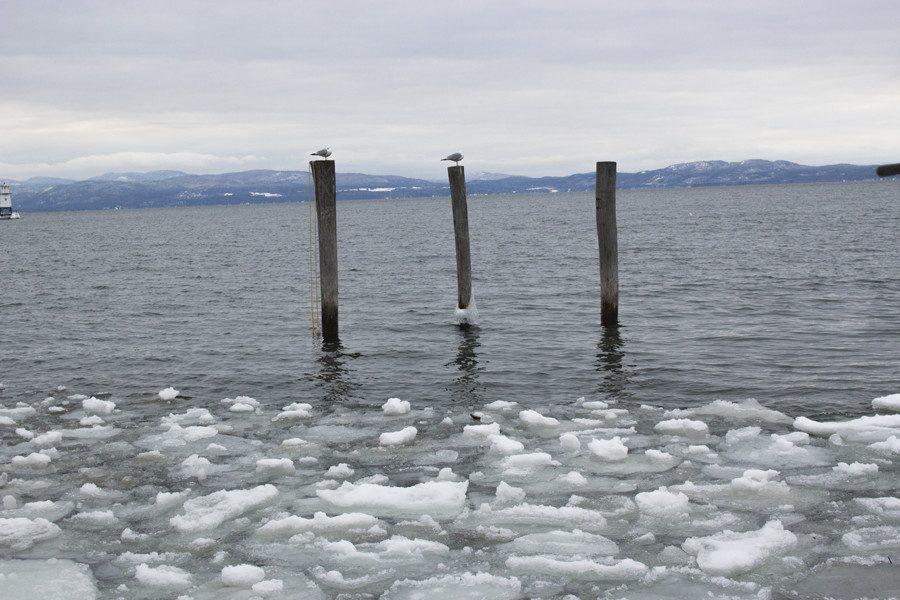 MAX MCCURDY/The Vermont Cynic Seagulls rest on posts along the Lake Champlain shorefront. The lake and its ecology are being studied as an example of how China can improve environmental regulations.

Following their interest in Vermont’s environmental laws, a team of Chinese researchers and government officials visited Burlington at the beginning of March.

This delegation, which was representing the School of Law at Fudan University in Shanghai, studied how Vermont has drafted laws to clean up Lake Champlain in an effort to learn more generally about how the United States assesses and corrects ecological damage.

As China is trying to draft stronger environmental laws, it is essential that they understand how to draft laws that effectively fix environmental damage, said Siu Tip Lam, Vermont Law School professor and director of the VLS U.S.-Asia Partnership for Environmental Law.

This delegation discussed U.S. environmental legislation with experts from VLS and UVM, who co-sponsored this conference, Lam said.

Lake Champlain was chosen for this study because the federal and state agencies studying the lake have already come out with a restoration plan, Lam said.

This plan, called the total maximum daily loads of phosphorus, was created by the Environmental Protection Agency with the help of the Vermont Department of Natural Resources.

The Clean Water Act, which pushed the state to develop this plan, was another area of interest to the researchers, as it “forces states to determine how to address water restoration issues,” Lam said.

Hao Shen, a professor at Fudan University in Shanghai, China who was a part of this delegation, said the trip was a comparative study between China and U.S. environmental policies.

The delegation, led by Zitai Zhang, director of the Center for Environmental, Natural Resource and Energy Law at Fudan University, hopes to implement some aspects of U.S. policy into their own legislation.

The Ministry of Environmental Protection of the People’s Republic of China is currently developing a policy that may be impacted by the delegation’s research, Shen said.

This policy, which is yet to be named and will be officially launched in 2018, states that provincial governments can try to negotiate settlements with polluters. If no settlement is reached, the government can file a lawsuit against polluters.

Zhang’s team, which is largely responsible for developing the details of this law, is going to continue to study the Clean Water Act in an effort to see if they can adopt a version of this program, Shen said.

Doing this will prove to be a challenge, as the two countries have such different political backgrounds, Shen said.

“Legislation in the U.S. can not be directly used in China,” Shen said.

“The key of course, as in the U.S., are the regulations that implement the law,” said Jody Prescott, an adjunct professor in the political science department who specializes in environmental law.

For example, China created the law on prevention and control of water pollution in 1984, which functions similarly to the Clean Water Act in that it uses permits to enforce water quality and air pollution standards, Prescott said.

However, China only just brought its permitting system online in 2000, Prescott said.

Rachel Gladstone, a sophomore in the Rubenstein School, shares Prescott’s concerns. “It is important to have more than just quality standards,” Gladstone said.  “Governments must regulate these standards as well.”

Despite the difficulties of transplanting environmental regulations across continents, both the Chinese and U.S. researchers value this working relationship, Lam said.

As Lam is going to visit Shen at the end of March, there is certain to be more collaboration between Fudan and Vermont Law School, Shen said.

“Before China enacts laws, rules and regulations, it is essential for us to do research in other countries,” Shen said.