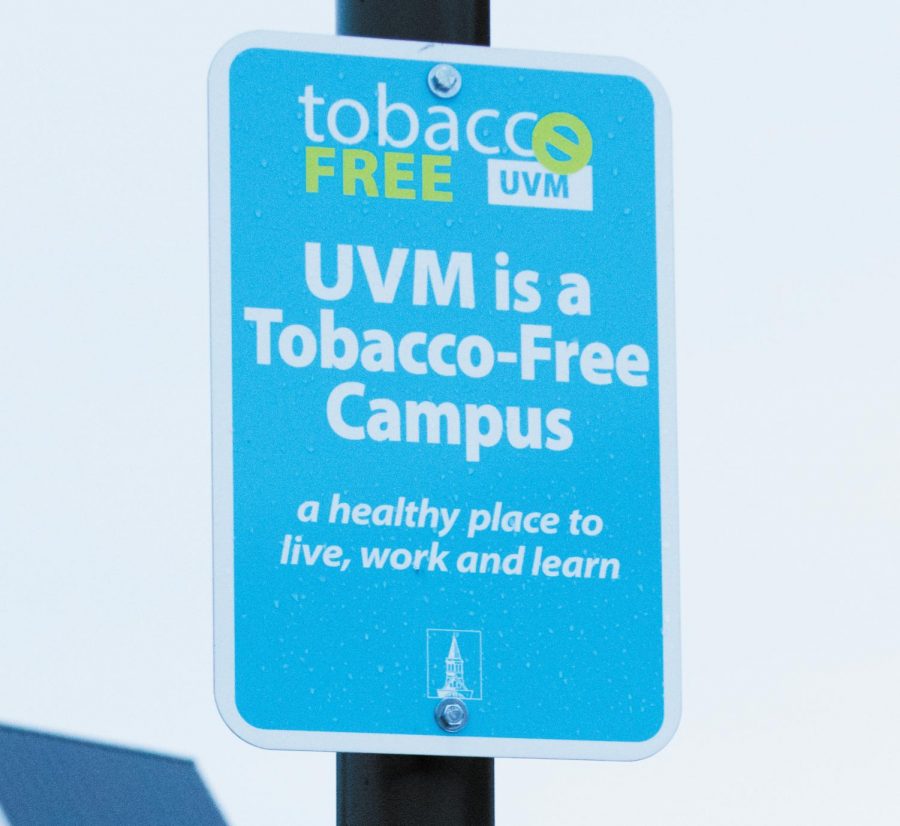 The Center for Health and Wellbeing plans to hire student ambassadors to remind students of UVM’s tobacco-free campus policy.

A grant, which was just approved, will help pay the students, said Dr. Harry Chen, executive director for the Center for Health and Wellbeing.

“Two student ambassadors [will be] walking around campus, around different residence halls or the different hot spots we’ve identified where we found a lot of litter,” said Parker Holloway,  program support coordinator for Living Well.

The Burlington Partnership for a Healthy Community, an organization devoted to raising awareness of drug addiction,  approved the grant and funds will be provided by the Vermont Department of Health, Chen said.

The students will be in pairs and with the help of Holloway or a Residential Life staff member will be given a script on how to approach students, Holloway said. They will also be able to provide resources for students who might want to quit.

SGA has also created a resolution in support of cigarette butt receptacles. Their goal is a decrease in litter from the cigarette butts, while the Center for Health and Wellbeing has targeted the issue of on-campus smoking, said SGA Vice President Gillian Natanagara, a junior.

Natanagara and sophomore Jacob Weinstein, senator on the Committee on the Environment, have been pushing for more receptacles around campus.

The resolution, created in hopes of reducing waste being sent into Lake Champlain, introduces the idea of cigarette butt receptacles around campus, Natanagara said.

“We want cigarette butt receptacles on campus and we’re using that language because we don’t want it to be limited to trash cans,” Weinstein said. “It could be these compactors called BigBelly that are on Church Street.”

UVM hasn’t had outdoor trash cans since 2005, according to a February 2019 Cynic article.

BigBelly is a solar powered waste and recycling bin that compacts waste in high traffic areas, according to its website.

BigBelly has a high capacity compared to other trash cans.

“I think there are opportunities. The reality is, places to dispose of cigarettes is really not my thing,” Chen said.

Chen said that cigarette receptacle implementation would need to be carefully planned.

“If you are going to have receptacles you need to be strategic about it,” he said.

Chen also believes that cigarette receptacles have the potential to affect where people smoke.

“You put a receptacle, and that’s where everybody smokes,” he said.

SGA doesn’t want to encourage people to stand around smoking in places such as the Andrew Harris green.

But, having designated locations has worked at other colleges, such as University of Maryland, and they are seeing less litter, Natanagara said.

“Smoking and tobacco are major public health problems in terms of colleges and U.S. college-age students,” Chen said. “It’s important for us to do our best to implement and have better compliance with the tobacco-free UVM policy.”