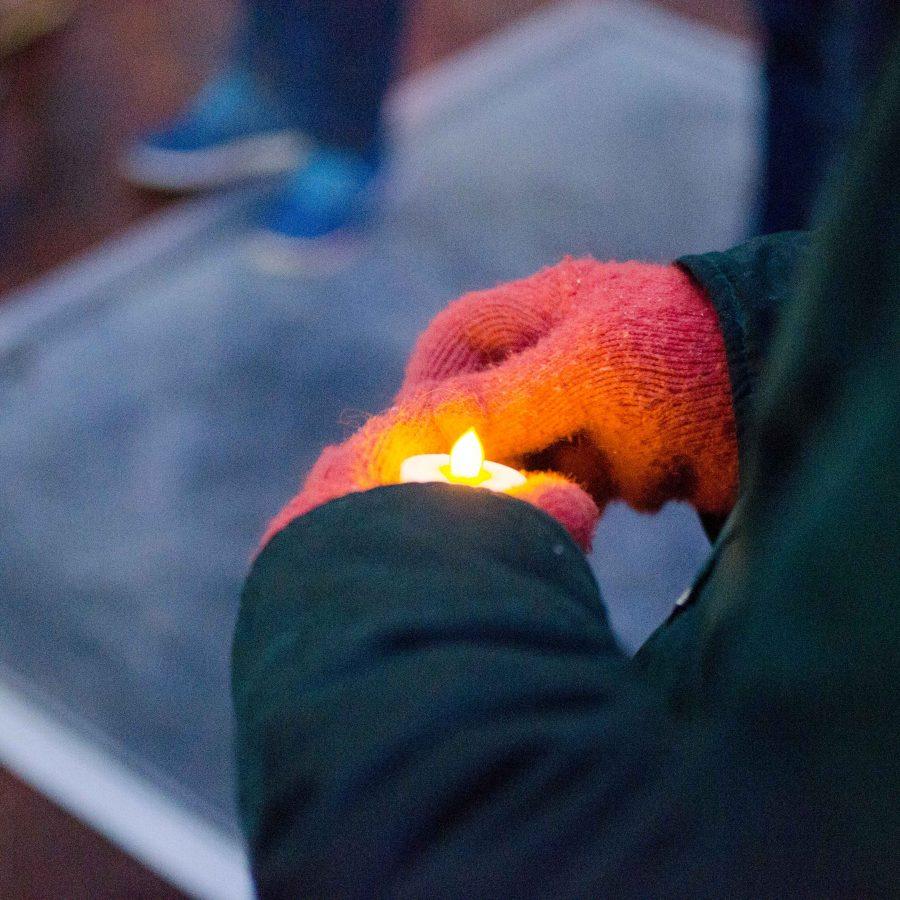 Cold weather and icy sleet did not prevent dozens of UVM students from marching in solidarity to protest domestic violence.
Steps to End Domestic Violence, formerly know as Women Helping Battered Women, is a prevention and advocacy group that works to help victims of domestic violence.

Students and residents from the Burlington area gathered together and marched up Church Street, finishing the walk at the First Unitarian Universalist Church on Pearl Street.

The Candlelight Vigil and Survivor Speakout goal is to educate and bring the community together by acknowledging those who have been victims of domestic violence. The event has been going on for 20 years.

“It’s a time when we can come together as a group to share stories, experiences and, in solidarity, say this isn’t okay and we need to keep working to end domestic violence in the community,” Janice Santiago, one of the event’s coordinators, said.

Santiago said the ability of an event like this to encourage people to gather and stand against an injustice. 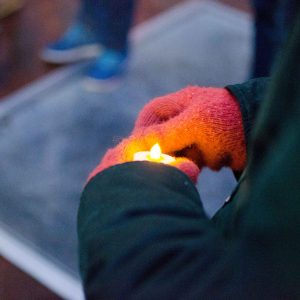 “When we are together,” she said, “our voices are stronger.”

Santiago said the most important part of the event is the speakout portion, where victims have the chance to share their stories.Oliver Pomazi

“What is shared there stays there,” she said, “and being given a forum to share your heart is empowering.”

“Our sorority always tries to reach out to the local Burlington community and support charities or events that are happening, and just show our presence in the community,” senior Kirsten Crandall said.

“Since [the march] is silent,” senior Kendell Kamansky said, “I think it’ll be a lot of time for reflection.”

Before the march began, Tammy New, a victim of domestic violence for over two decades, gave a speech in which she highlighted the struggles she had to live through, while simultaneously showcasing the optimism she has for the future now that she is no longer in the relationship.

“I have changed,” New said. “I have come from years of isolation to transformation, rediscovering parts of my best self that I thought were changed or gone forever because of the abuse.”

New said that she has learned to always persevere despite the pressure of abuse. However, she cited the importance of trusting oneself and one’s judgement.

At the conclusion of the speech, the group began their march up Church Street, with a Steps to End Domestic Violence banner leading the way.

Once at the church, all participants entered a room to begin the speakout portion of the event.

However, to maintain privacy and ensure the event was a safe space, members of the press were asked to refrain from attending.