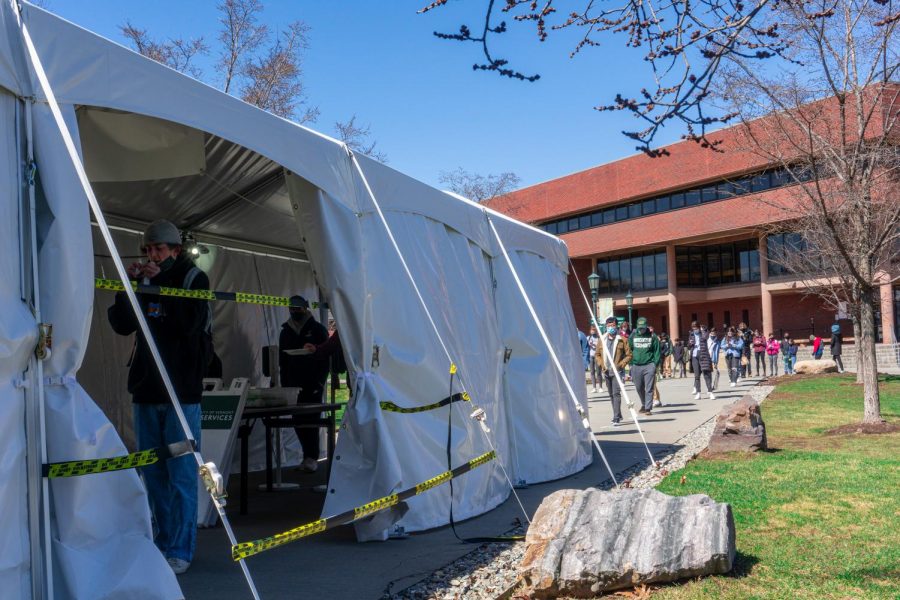 According to the dashboard, 60% of the cases reported positive this week were students already in quarantine due to contact tracing.

This is a slight decrease from the previous testing cycle, which reported 93 positive cases among students and two among staff.

However, the most recent cycle reflected a significant increase since the beginning of the month when twice-weekly testing began, particularly for on-campus students.

For off-campus students, there has been a dramatic rise in cases since the beginning of March.

Twice-weekly testing was slated to end March 22, however with the continued increases this month, testing was extended for the third time.

Additionally, UVM officials announced last week that the more contagious B.1.1.7 variant was found in UVMs testing cycle according to the March 22 email from Gary Derr, vice president for operations and public safety.

Derr also emphasized the need for continued adherence to UVM’s protocols for distancing and masking. Two thousand four hundred new cases have been reported in Vermont since March 1, Derr stated in the email.

Amid the record-high off campus cases reported by the University in the last several weeks, Vermont announced the reopening of bars statewide March 24.

Governor Phil Scott also announced a plan this month to vaccinate all Vermont residents by July 1. However, UVM students are expected to follow protocols regardless of vaccination status, Derr stated in a March 23 email.