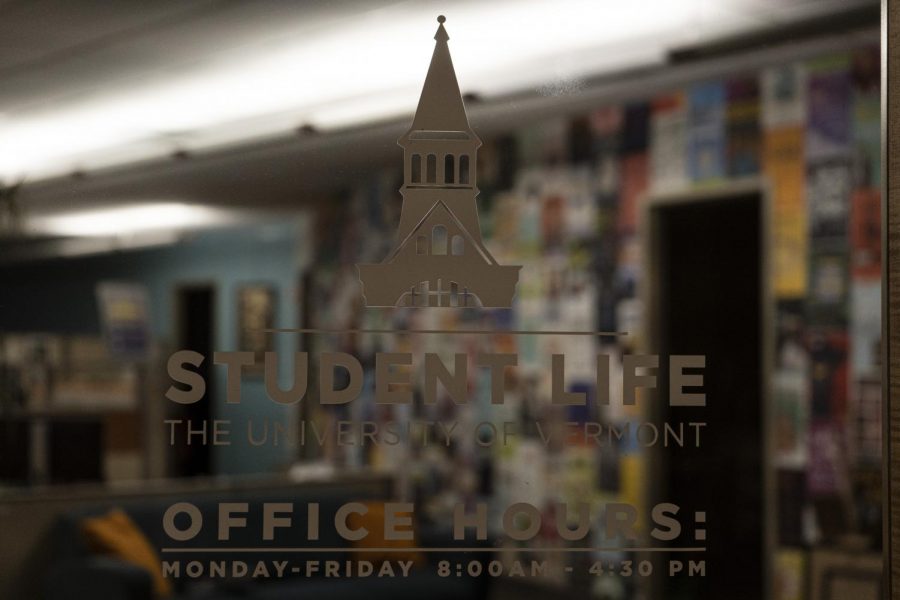 The Student Life office, located on the third floor of the Davis Center, sits empty at 4:30 p.m. on Oct. 1.

Wells left UVM June 15 after three years in the position, stated Erica Caloiero, interim vice provost for Student Affairs, in a Sept. 23 email. She shared communication with SGA leadership prior to her leaving and did not allude to why she was leaving the University, Pasqualoni said.

“We had pretty regular communication,” Pasqualoni said. “So, it was surprising to me, her departure.”

Pasqualoni said he spoke to Wells five days prior to her departure, about strategies for how to do their jobs and work together this year.

UVM Administration typically emails students about changes in faculty or staff, but students did not receive an update of Wells’ departure, Pasqualoni said.

Wells appeared in a June 21 Cynic article regarding a Facebook post directed at a coalition of student activists.

In her post, Wells stated students should not email her, a Black woman, a list of demands on Juneteenth, according to the article.

“This is the problem with tone deaf, wanna be Social Justice warriors,” her June 19 post stated. “Muh’fuggas so damn ‘woke’ they sleep deprived. Lay yo asses down and take a damn nap!”

However, there was no noticeable change in Wells or her relationship with students following the article or her comments, Pasqualoni said.

Wells left over a month before Balcom took over as Interim Director, Balcom said.

“I have zero information about Daphne’s leaving,” Balcom said. “I didn’t know she was leaving until just a few days before.”

Both work directly above Wells, according to the UVM organization chart.

Daphne Wells has not responded to the Cynic’s requests for an interview.

A nationwide search for a permanent Director of Student Life is currently taking place, Balcom said.

The loss of Wells, a woman of color, comes less than a year after a group of BIPOC faculty members presented a resolution to UVM Faculty Senate, advocating for the hiring and retention of faculty of color, according to a Feb. 14 Cynic article.

This year, the administration has also seen the loss of BIPOC staff member Christina Vega, former assistant director of FSL, to another university, according to a Sept 21 Cynic Article.

The low retention rate of BIPOC faculty described by the Cynic may be related to Wells’ reasons for leaving UVM, stated Jerome Budomo, associate director of student life, in a Sept. 20 email. Budomo declined further comment.