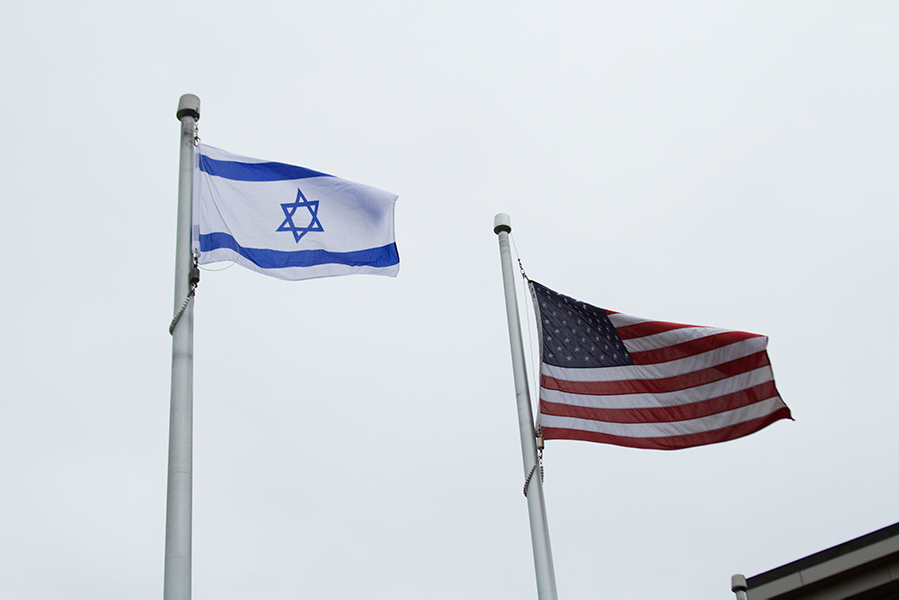 A $100,000 grant offered to UVM Hillel has student groups on campus concerned about the money’s ties.

UVM Hillel, a chapter of the Jewish student group Hillel International, has been offered a grant by the Maccabee Task Force, a pro-Israel group created to combat the Boycott, Divestment and Sanctions movement on college campuses, according to the group’s website.

Students for Justice in Palestine, a pro-Palestine political group, and members of the left-leaning Jewish community at UVM have raised concerns over the Maccabee Task Force’s purported links to Zionist groups and suppression of free speech across the United States, according to a statement they released on Facebook Oct. 19.

The BDS movement aims to target pro-Israel organizations through the removal of funding and the sanctions against these companies, organizations and countries that support Israel, according the BDS website.

Matt Vogel, executive director of UVM Hillel, stated in a Nov. 2 email that the money would go toward

UVM Hillel has not officially accepted the money, Vogel said.

The trip would allow students to develop their own thoughts and opinions about the Middle East, Vogel stated. Previously, UVM Hillel had offered birthright trips to Israel to nearly 100 people, according to Hillel’s website.

Students for Justice in Palestine’s side

Junior Zoe Albion, a Jewish SJP executive, said she’s concerned this money is being brought to UVM to silence pro-Palestine groups on campus.

Albion agreed to use her full name, while others from SJP declined, citing concerns of being doxxed or labeled as anti semitic by Canary Mission, a website that “documents people and groups that promote hatred of the U.S.A., Israel and Jews on North American college campuses,” according to its website.

Albion and fellow SJP executive Dan Dedomenico, a junior, wanted to use their voices to represent those who couldn’t, they stated in a Nov. 2 email to the Cynic.

“Neither of us made the choice to use our names in this publication lightly,”  Albion and Dedomenico stated. “But, after significant deliberation, ultimately we’ve done so because we believe that our stories and the stories of others unable to be named are truths that need to be heard.”

Albion said that the Maccabee Task Force’s funding would further suppress the conversation around Israel and Palestine on campus because of the group’s links to Zionist organizations.

“For Maccabee Task Force funding to come on campus, first of all, that narrative [around Israel and Palestine] would be even more severely limited,” Albion said. “I think that there would be direct backlash in the form of disruption of groups on the left in general.”

Albion has never found the environment inside Hillel comfortable or inclusive to her views, she said.

“I’ve never felt 100 percent comfortable being there, especially within the last few months,” she said. “It’s been really challenging for me to even enter that space.”

Dedomenico said that no matter how open UVM Hillel says they are, their international organization’s bylaws state that they can’t work with or recognize clubs that don’t acknowledge the legitimacy of the state of Israel.

The international bylaws of Hillel state that Hillel groups can neither host or house groups, organizations or speakers that support the BDS movement or the illegitimacy of the Israeli state, according to Hillel’s website.

“To be clear, we don’t want to be in an argument with Hillel,” Dedomenico said. “We think that it’s good that an organization exists to facilitate religious practice, but they insert themselves in the conflict.”

Hillel and Catamounts Supporting Israel’s side

Vogel stated that he is familiar with student concerns over the Maccabee Task Force’s affiliations and the stifling of free speech, but affirmed that UVM Hillel does not support those values.

“UVM Hillel condemns white supremacy in the strongest possible terms and we denounce any efforts, from any group or individual, to stifle free speech,” Vogel stated.

Vogel believes that UVM Hillel is a place where students of all perspectives are welcome for a conversation, he stated in a Nov. 2 email.

“I’m proud that Hillel is an open space where we can talk together,” Vogel stated. “The Maccabee Task Force funds will enable students from all backgrounds and viewpoints to engage in different perspectives on Israel and Palestine.”

Junior Sami Weinberg, a member of UVM Hillel and cofounder of Catamounts Supporting Israel, said that UVM Hillel has not done much in terms of Pro-Israel programming but that this funding would largely go towards a Pro-Israel mission.

“I think about $40,000 is going to be allocated for pro-Israel programming,” Weinberg said. “I also know Maccabee Task Force provides a trip for college students who haven’t really been introduced to the pro-Israel world to go to Israel.”

Senior Aaron Goren, another student on Catamounts Supporting Israel, attended a meeting with a Maccabee Task Force representative to talk about how the funds could be used.

“A lot of the times, people move past the line of legitimately criticizing Israel into anti-Semitism.

“The Maccabee Task Force funding will help us to combat this, as well as help us counter any potential calls for BDS on campus,” Goren stated in a Nov. 4 text message exchange. “[BDS] in and of itself calls for the destruction of Israel and the Jewish people who inhabit the country.”

In an Oct. 17 email sent to Weinberg, Vogel stated that the money would be used to “fund UVM Hillel’s vision of Israel and that means your vision,” and that the Maccabee Task Force wanted Weinberg’s specific input as to how the funds would be used.

As one of the organizers of Catamounts Supporting Israel, Weinberg said that her group has not officially affiliated with a national Israel group like Students Supporting Israel because of the implications that come with taking resources from these groups. 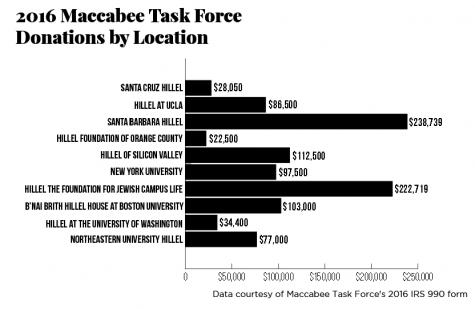 Adelson was one of the biggest Republican donors during the 2016 election, donating more than $80 million to the party, according to Federal Election Commission data.

The foundation’s mission is to “combat” the BDS movement on college campuses across the United States, according to the Maccabee Task Force’s tax filings.

Both Super PACs aim to keep the Republican majority in both the House and Senate, according to their websites.

Adelson has close connections to Benjamin Netanyahu, the current Prime Minister of Israel, according to a June 8 Guardian article.

In the United States, Adelson’s Maccabee Task Force donated $100,000 to the David Horowitz Freedom Center between 2015 and 2016. The Freedom Center is self-described as a “school of political warfare,” according to its website.

The Freedom Center’s central mission is “to defend free societies which are under attack” and devise ways to “neutralize” the enemy, according to its website.

In 2016, the Freedom Center was found responsible for distributing posters around University of California campuses labeling members of the SJP as “Jew haters” and “terrorist allies,” according to a 2016 LA Times article.

Nathan Miller, the president of Miller Ink which is the public relations firm that represents the Maccabee Task Force, said that the organization couldn’t comment on this story.

Miller Ink’s lack of comment was originally attributed to an associate at Miller Ink who was not authorized by the public relations firm to speak on its behalf.