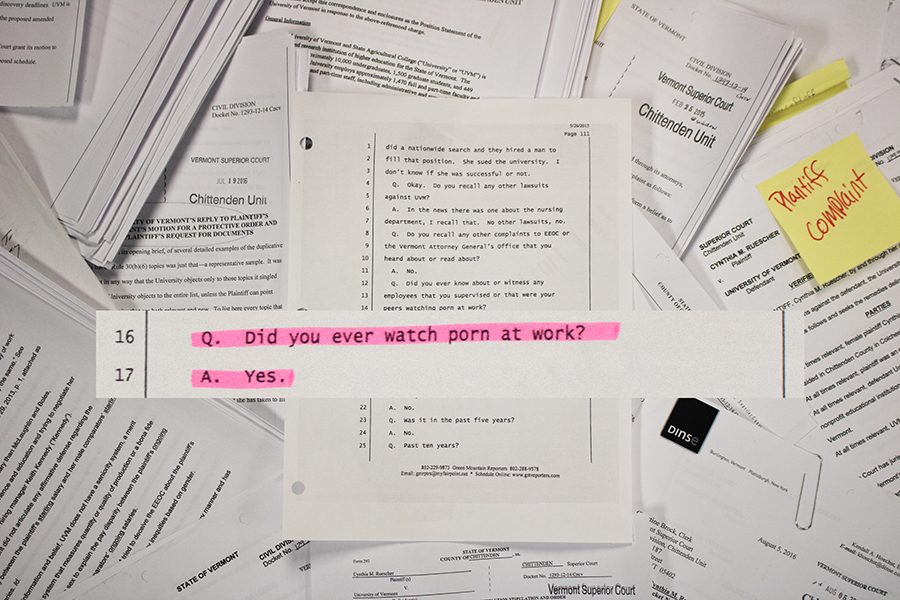 A former UVM employee has admitted to watching pornography at work.

Keith Kennedy, a former supervisor and hiring manager, will be used as evidence in a lawsuit against the University this week, which claims the University created a hostile workplace.

Kennedy has not responded to multiple requests for comment.

Cynthia Ruescher is suing UVM for gender discrimination and her dismissal after submitting a complaint to the University, according to a press release from Ruescher’s lawyer Siobhan McCloskey. A hostile work environment is one of nine complaints that McCloskey has filed against UVM, according to court documents.

UVM’s legal defense team filed a motion to waive this piece of evidence from being used in court, the documents stated.

“While viewing pornography at work may be unprofessional and could be harassment under certain circumstances, in this case it was a victimless crime,” the motion stated.

Roger Mello, the Superior Court judge presiding over the case, denied the motion, allowing the evidence to appear in trial, the documents stated.

Changes may be made during the proceedings, the documents stated.

“These are provisional rulings, and the court may modify them during trial depending on the evidence presented,” the documents stated.

It is expected that Ruescher’s former co-worker, Monica Devino, will testify at the trial, according to the court documents.

Devino will testify about several male employees, including a supervisor, using their UVM emails to register for an adult dating website called Ashley Madison.

According to the documents, none of the unnamed male employees were punished by superiors or the University.

Director of Communications Enrique Corredera said that this information did not come to the University’s attention until the May 2015 deposition.

“The University of Vermont does not condone employees accessing inappropriate content while in the office,” Corredera said.