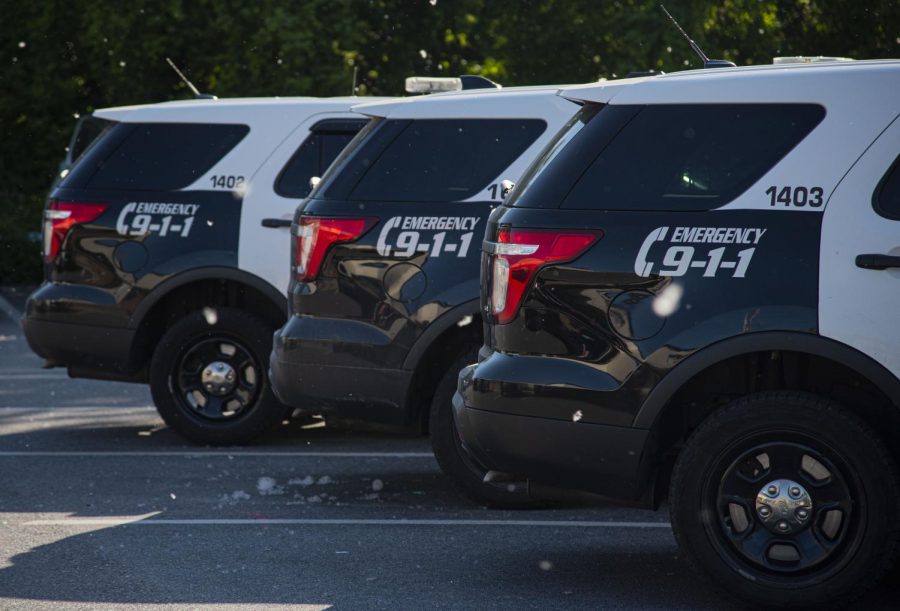 As of June 11 the extra patrols for noise and COVID-19 awareness have been terminated at the request of UVM, Shannon Trammell, Executive Assistant to the Chief of Police said.

“My guess is that they received a lot of feedback along the lines of the activism that is occurring currently in the city where students felt they did not want officers patrolling the section,” Deputy Chief of Administration Matthew Sullivan said.

Sophomore Machara Renz said students who have been protesting the extra police presence in their neighborhoods are doing so because they feel that the patrols do not make people feel safe.

“It might be completely counterproductive and make them feel actually unsafe, which is definitely not what UVM should be doing, especially in the times like now with the death of George Floyd and all of the Black Lives Matter protests going on,” Renz said.

Though the University of Vermont does not credit student protests as the reason for the cancellation of these extra patrols.

“Based on the low level of activity during the first two weekends we determined that the neighborhood checks were no longer necessary,” UVM Spokesperson Enrique Corredera stated in a June 18 email.

The university’s termination of its partnership with the Burlington Police Department does not mean that patrols will stop in neighborhoods of college students.

“Extra duty is terminated but the Hills Section C Area will still have patrols,” Sullivan said.

The extra patrols were happening Thursday through Saturday night from 9 p.m. until 3 a.m. Regular patrolling hours will continue 24/7 run by the assigned officers during their normal day and night shifts, Sullivan said.

According to the 2019 Payment for Services Annual Report, UVM made $94,000 available to the police services. The services do not use all of the money provided, with the BPD utilizing the funding based on the officer’s availability and interest in the patrols.

UVM never directly gave BPD any money. Extra patrols were classified as overtime that officers could apply for, and they would be paid by the City of Burlington, Sullivan said. The city would then ask UVM for the money spent on that officer’s extra patrol hours.

The money that was available for spring semester patrols was never spent due to the pandemic and is now being allocated to different expenses.

Despite the fact that many students were first introduced to these patrols by Mayor Weinberger’s May 25 email, they have been happening for the last eight years, according to the 2017 UVM Payment for Services Annual Report.

“Since 2012, the university has contributed financially to a program which increases the presence of officers in student neighborhoods at times when infractions related to alcohol use and noise are highest,” the report stated.

The patrols were cut short this spring when UVM closed its campus. Reinstatement of the patrols was introduced when the mayor’s office was concerned with students moving to Burlington for the summer and possibly causing an influx in COVID-19, Sullivan said.

The extra patrols were put in place to educate UVM students on the mistakes they were making, not to punish the students for violating the law, Sullivan said.

“We haven’t been that punitive as far as issuing tickets, a lot of time they default to education,” Sullivan said.

The BPD has a partnership with the Burlington Community Justice Center so that if a student is given a ticket due to a noise violation they can engage in the center’s program and get their fine discharged, Sullivan said.

According to the 2019 Payment for Services Report, when a property is ticketed more than once and is called more than three times for the police to visit the scene, the police as well as UVM staff visit the property if it involves a UVM student.

“These visits are educational and restorative in nature and are intended to improve relationships within the household as well as between the household and the neighborhood,”  the document stated.

The patrols also would educate UVM students about creating healthy relationships with their neighbors and their community.

Two hundred and sixty five people shared their grievances about the Burlington Police Department in a 44-page document that was released to the public, on June 9 through Facebook and Instagram by the Womxn of Color Coalition.

The testimonies are to remain anonymous to the public but the names will be attached to the document when it is presented to the administration, UVM Alumni RiRi Staurt-Thompson, the interim President for the Womxn of Color Coalition said.

“I have seen firsthand how members of the greater community react to people of color here, including children, and especially the treatment of black people at the hands of BPD,” one testimony from a UVM Alumni stated. “It is unacceptable and we must keep our BIPOC community safe.”

As of now, the cancellation of these patrols is only temporary. The agreement will be revisited later in the summer to plan for the fall semester, Sullivan said.

This story was updated at 12:16 p.m. to clarify the source of the testimonies.