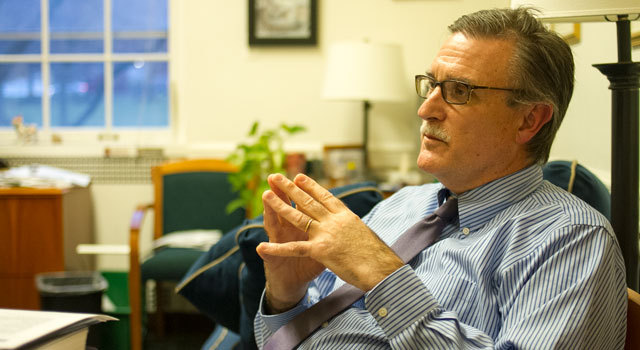 After recent difficulties negotiating new contracts, UVM faculty members are unhappy with the difference between faculty and administrative pay.

During the past several months, contract negotiations have been slow between United Academics and the administration. Faculty members have pushed for salary increases amid uncertain contracts.

At the forefront of these negotiations is Denise Youngblood, professor of history and United Academics Union President.

“The administration insists that we be paid at the median survey amount,” Youngblood said. “The problem with the way people are paid here at UVM is that there is this pay gap.”

UVM pays all employees based on market averages. The University has been using a national survey done by Oklahoma State University on average faculty salaries, according to the provost’s website.

“Their [faculty and staff] salaries are out of line with what salaries are in Vermont,” Youngblood said. “Staff are paid below average rates and are not competitive.”

“UVM tries to have all positions at or near the median of the employment market,” Gustafson said.

“Some positions compete in the national market, while others are local or regional. Even with faculty, salaries differ depending on academic discipline,” Gustafson said.

“Lecturers are paid on the number of courses they teach,” Richard Cate, vice president of finances, said.

When lecturers are averaged separately, the average faculty pay adjusted for a 12-month contract is $91,543.15, while an average lecturer salary is $78,598.77, according to UVM’s annual list of base pay salaries.

This is adjusted based on a four-month contract where the unadjusted average is $26,199.58. These numbers do not distinguish between academic rank.

“Just because everyone is doing it, which is what the median says, doesn’t mean we have to,” said David Feurzeig, a professor of music.

“When the new provost came in, they gave him $105,000 more than the last, that’s seven full time student scholarships,” Feurzeig said.

“If you say we are paying our president $400,000 but the next president we will pay $100,000 you’re not going to get anyone who knows what they’re doing. I don’t endorse it but it is what it is,” Gustafson said.