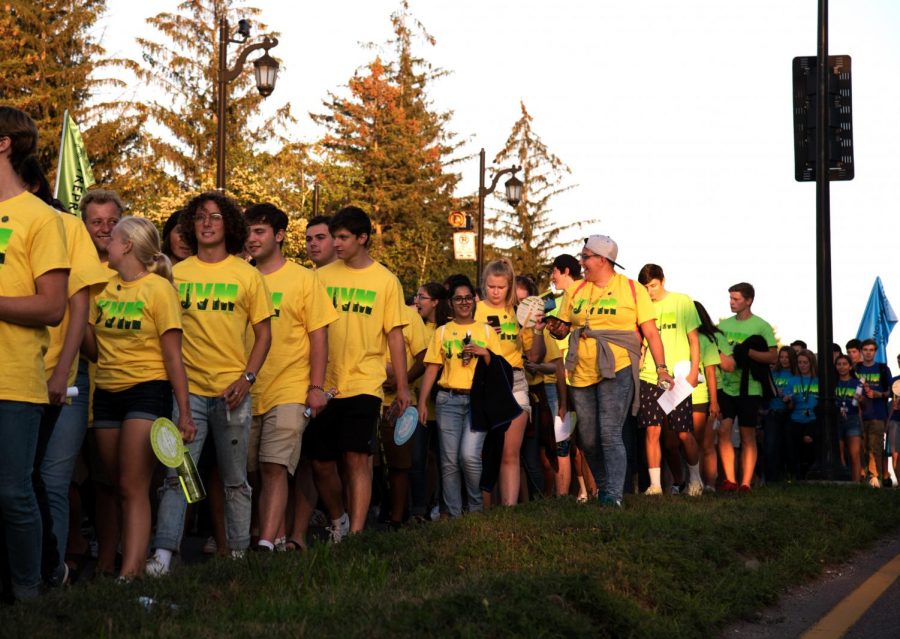 First-year students walk down Main Street as part of the annual Convocation and Twilight Induction Ceremonies. Since 1997, the number of enrolled in-state students at UVM has decreased by 13%, going as low as 20% in 2015.

The largest university in Vermont is enrolling fewer and fewer Vermonters each year, following a decreasing trend beginning in 1997.

UVM’s class of 2023 is the most academically talented class in school history. This is the fifth year in a row that the first-year class broke the previous record, becoming UVM’s highest achieving class.

This year’s first-year class had the highest number of students accept their offer of admittance to UVM.

Nationally, trends show that fewer and fewer students are choosing to attend a school that they have been accepted to, according to an April 3 CNN article. This is not the case at UVM.

Garimella begins his first academic year as president of UVM this fall after former President Tom Sullivan stepped down this summer.

In addition to Garimella’s appointment, Patricia Prelock begins her tenure as the new Interim Provost and Senior Vice President this fall, replacing David Rosowsky, who held the position for six years before stepping down in the spring.

These include a Bachelor of Science in Anthropology and a minor in reporting and documentary storytelling.