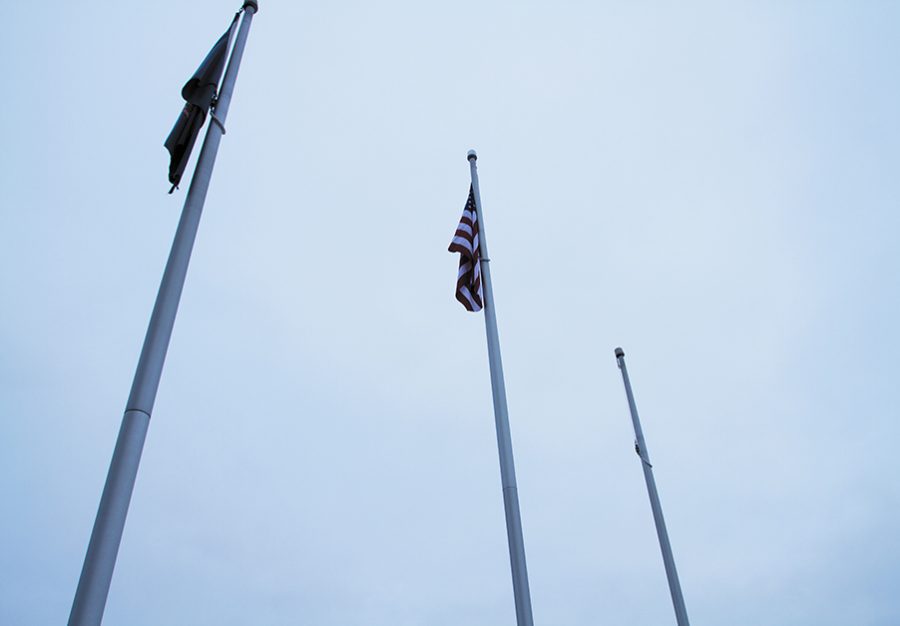 A petition that no one has claimed responsibility for, but first appeared on a Jewish student group Facebook page, has been the source of controversy for groups on campus.

Following the raising of the Israeli flag outside the Davis Center Nov. 5, UVM’s chapter of J Street U, a Jewish student group that supports both Israel and Palestine, posted a petition to their Facebook page calling for the removal of the flag.

In the post, J Street U UVM called the raising of the flag a “politicization of a tragedy” and stated that the flag is “not a symbol of Judaism for all Jewish people.”

“That post shared a petition, which was not created by our chapter, that opposed our University’s decision to respond to the Pittsburgh attack by allowing a campus group to fly the Israeli flag from a campus building,” the Nov. 7 post stated.

Senior Aaron Goren, the president of Catamounts Supporting Israel, said that he was responsible for getting the flag raised. He believes that this petition was created by members of J Street U UVM.

“Yes it was from J Street, not exactly sure who,” Goren stated in a Nov. 9 text correspondence. “I’m really not sure how it couldn’t have come from their chapter when it was so specific to this current situation.”

In various blog posts online, some Zionist individuals and groups claimed that Students for Justice in Palestine was actually behind the petition. SJP released a statement Nov. 11 that stated they “did not create nor endorse any petition on behalf of any individual or organization.”

Goren said that when he got the flag raised he did not seek endorsement from his group but used his position as president to apply for the flag to be flown.

“It was me individually, I used my position within the club, but it wasn’t like a sponsored thing from us,” Goren said. “It was clearly a response to the Pittsburgh; that’s what it was for. There’s no reason to make it political.”

To Wells’ knowledge, the flag has no political intent and was just meant to show solidarity with the victims of the mass shooting, she said.

To Goren, the petition to take down the flag was unexpected and divisive to the Jewish community on campus, he said.

“That [petition] was a real shocker, that was crazy,” Goren said. “I just feel it was so divisive to put this out there and it’s almost suppressing freedom of expression because this is something I put up because I felt comforted by having a flag waving as a Jewish student.”

Aside from J Street U UVM, Students for Justice in Palestine also released statements calling for the flag to be taken down.

J Street U UVM declined to comment. J Street, the parental organization, did not respond when asked to comment.