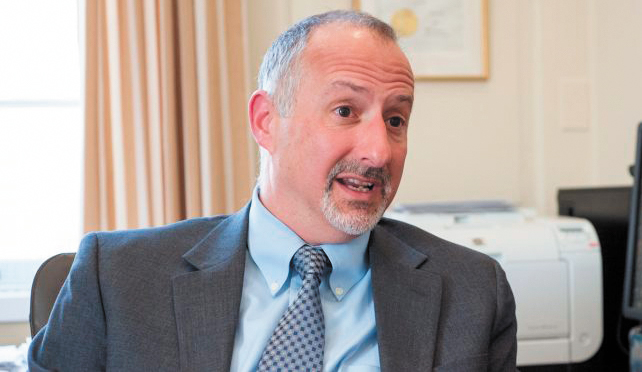 Provost David Rosowsky discusses his role on campus in his office in April 2015. He announced his resignation at the end of the semester in a Feb. 25 email to the UVM community.

Former Provost David Rosowsky has been named one of four finalists for a similar position at an Ohio university.

Rosowsky is in the running for the Provost and Executive Vice President for academic affairs at Miami University in Oxford, Ohio according to an April 26, 2019 report from the Miami Student.

Rosowsky announced that he would be stepping down from his current position at the University of Vermont at the end semester, to help ease incoming President Suresh Garimella have a smooth transition, according to a Feb. 25 email from Rosowsky.

In this potentially new position, Rosowsky would oversee all academics, research and chair the faculty senate at Miami University, according to the Miami Student.

Rosowsky and the other candidates will visit Miami University before the end of the semester, and a decision is expected to be made by the week of May 27, according to the Miami Student.