Greek housing could be taxed 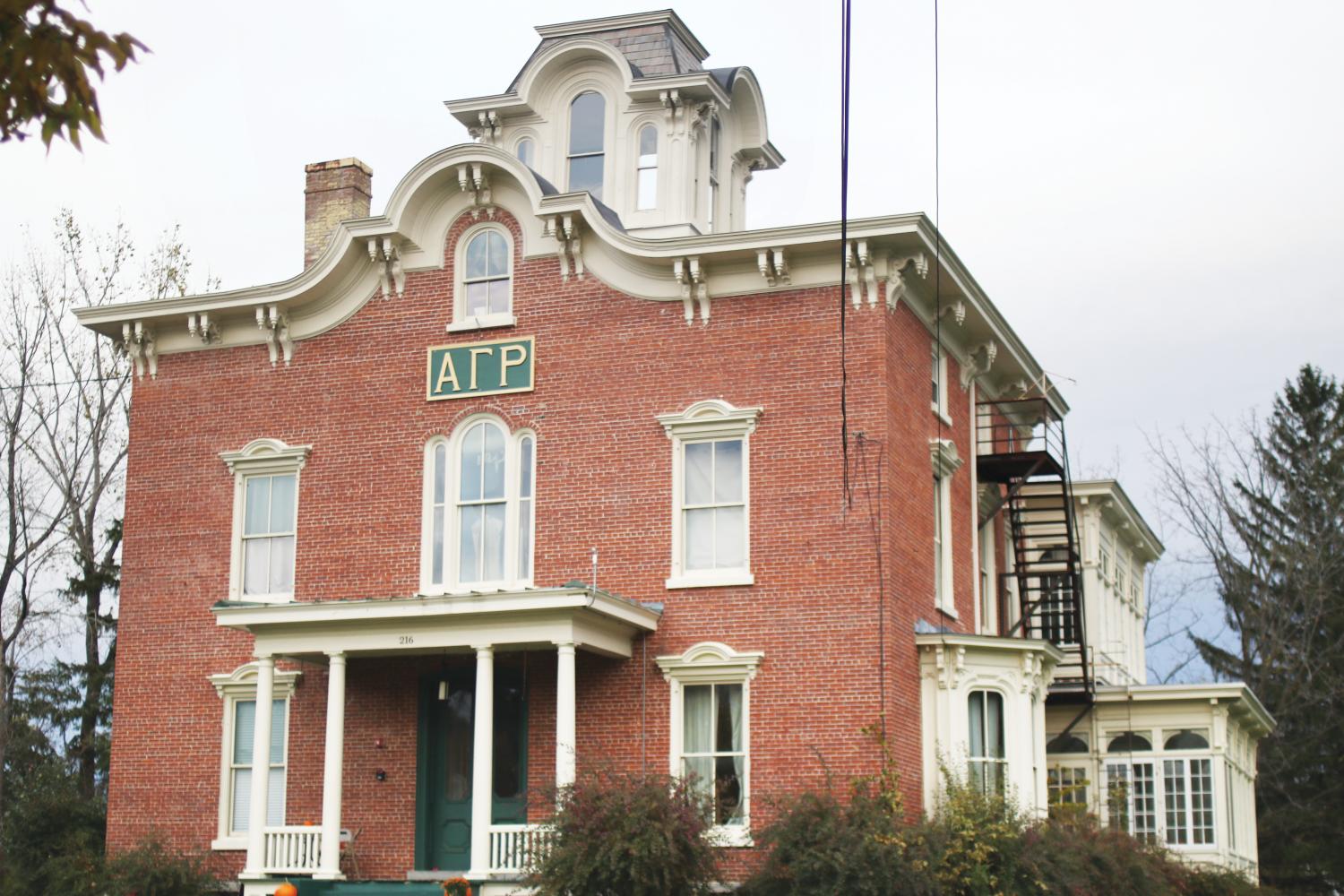 Kelsey Neubauer, Senior Staff Writer
The end of a property tax exemption for Greek life in Vermont may cost many fraternities and sororities their houses.

Come January 2017, the Greek system at UVM will have to come up with approximately $30,000 a year in order to ac- count for the property tax, said Jonathan Wolff, the association’s legal counsel.

Greek houses have been property tax free for more than 100 years.

Junior Hayden Audy, head of recruitment for UVM’s Alpha Gamma Rho chapter, said he remembers being told that the fraternity may not be able to keep the house with this expense.

“All of the sudden everything changes… your home is ephemeral,” Audy said.

Greek life has been on cam- pus for over 175 years, according to the UVM Fraternity and Sorority website.

In 1906, the state of Vermont passed a law that gave Greek houses tax exempt status because of their philanthropic and academic nature, said Tim King, president of the Greek life alumni association.

In 1931, Coolidge had the Pi Beta Phi house built.

“No one has ever lived in the house but Pi Phi, it is a historical legacy,” said Rachel Hurwitz, president of UVM Pi Beta Phi.

Hurwitz said that the prop- erty tax will likely cause the house to shift hands for the first time in its 80-year legacy.

“If this sunset [property tax] comes to pass, which it probably will, we cannot ask any more of our members than we already do, and we will lose our house,” she said.

If this happens, the homes will most likely be bought by either the University of Vermont Greek housing could be taxed or Champlain College, both tax exempt, Wolff said.

The 200 students living in the homes would be displaced and forced into the Burlington housing market, as most are juniors and seniors, he said.

Hurwitz said she feels Greek students are an easy way to get money because they are a group of young people. UVM Greek life raised a total of $140,000

for charity and gave 21,000 hours of community service in the past year, she said.

“It almost feels like we’re being targeted because of our age,” she said. “They think we’re not going to know how to fight to stop it.”

Vermont Senator Tim Ashe said the property tax is simply a way to maintain equity among all property holders and students.

Ashe is a Chittenden County representative who served as the chair of Senate Finance at the time of that the tax was initially proposed in 2014, according to the Vermont State Government website.

He stressed that the tax  is not intended to punish  Greek life, but to create equality between students and other taxpayers.

“If two students live [in] side-by-side buildings, one with a set of Greek letters and one without, one pays property taxes as part of rent and the other does not,” Ashe said.

This means that other students must pay taxes in their rent, while Greek students do not.

Ashe said he was not alone in thinking this — the bill passed the house and the senate with large bipartisan votes.

Greek students provide the community and charities with funds and services in a way other taxpayers do not, King said.

“Each member is required with their membership to complete a certain number of philanthropic hours and maintain a certain GPA,” he said.

According to Hurwitz, taxing Greek houses would add an additional .06 percent to the multibillion dollar Vermont budget.

“The money we raise is ultimately more than the money they would get from us,” she said. ”That just seems like such a loss to the Burlington community for such a small gain.”