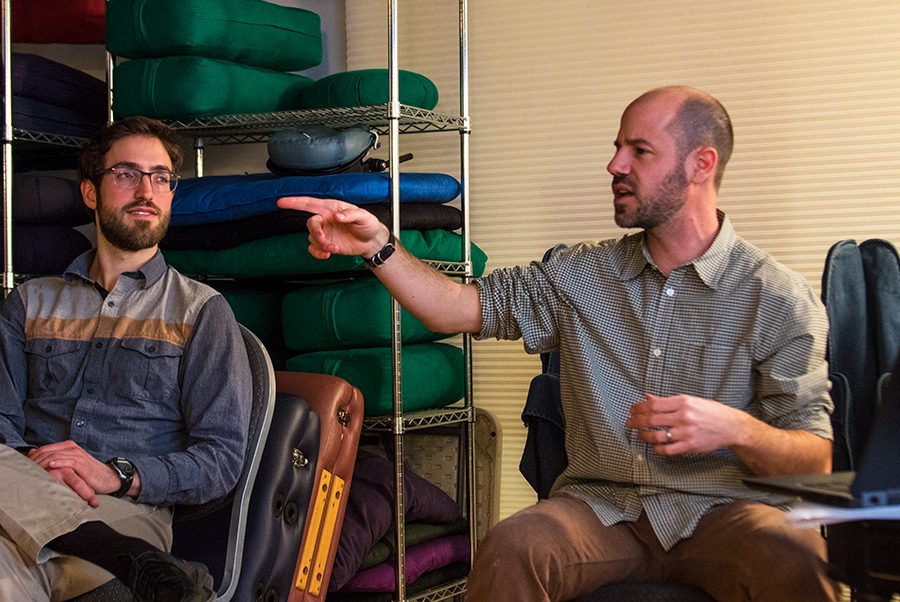 After a required alcohol awareness training, some fraternity brothers are rethinking how much they can drink before hitting the slopes.

The program has received recognition from two groups, NASPA and the Association for Fraternity/Sorority Life, for their collaboration with Fraternity and Sorority Life in 2017, BASICS program coordinator Tom Fontana said.

“I heard that it would really suck,” said junior Ryan Flanagan of the BASICS program he was compelled to attend,  after joining Pi Kappa Phi this semester.

After BASICS, Flanagan and his fraternity were startled by their behavior, he said.

Participants are able to see individualized data by filling out surveys prior to their session.

The data included their BAC after each drink based on their sex and weight and money spent on drugs and alcohol over time, said Flanagan, who completed BASICS.

Flanagan and his fellow pledges were surprised by the use of personal statistics in what they expected to be another lecture, he said.

“I think they got a lot out of it,” Flanagan said. “A lot of them drunk ski, and they looked at it and were like, ‘Woah this is how hammered I was when I was skiing down Stowe. This is not good.’”

Before attending the training, 24 percent of participants agreed that they came into BASICS wanting to change behaviors around drinking or other use, according to survey results.

After the program, 95 percent of participants agreed that the information they learned was helpful and 92 percent recommend that UVM continue the BASICS program, according to follow up surveys.

The implementation of the BASICS program has received recognition from two sources.

The first of the awards is from NASPA, Student Affairs Administrators in Higher Education, for Program of the Year. The second is from the Association of Fraternity/Sorority Advisors for the Outstanding Alcohol/Drug Prevention Program of the year.

“You learn some things,” Flanagan said. “If you look at your charts you see ‘oh, this is how much I spent a year on [a given substance].’ With some people it’s just so much money; If you add it up it’s a lot.”

Instead, the program follows a harm reduction approach in which participants are given information that can help them understand their relationship with substances and what they may want to change, Fontana said.

You can tell people not to take part in substances, or you can tell them how to partake more safely, he said.

Treating participants with respect and giving them the benefit of the doubt is one of the reasons Fontana thinks the program has been successful, Fontana said.

Flanagan found BASICS to be among the best of the trainings he has been required to attend, he said.

As far as required screenings go, simply being tolerable is a success, Fontana said.

“The best compliment we ever get is like, ‘We thought this was gonna suck and it turned out to be okay. Just being called okay,” he said.