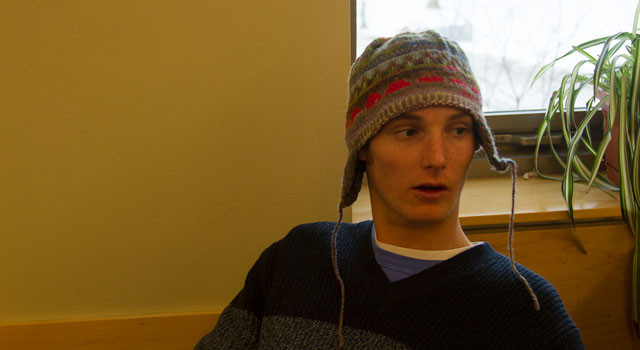 As the new spring semester begins, a new organization is making its way onto campus.

Gun Sense Vermont is “an independent, grassroots organization started by Vermonters, run by Vermonters and focused on closing the gaps in Vermont’s gun laws that make it too easy for guns to fall into the wrong hands” according to its website, gunsensevt.org.

“Together we can help Vermont take the lead in closing the loopholes that make it so easy for guns to fall into the wrong hands,” the website stated.

Gun Sense Vermont’s focus is passing legislation that would require background checks on all gun purchases in Vermont, particularly in the upcoming 2015 legislative session, according to the website.

Right now, background checks are not required on gun purchases at flea markets, gun shows and online sales in Vermont. Instead, any pawnbroker or merchant selling firearms is required to keep a record of the sale at the time of purchase.

“Such records shall include the date of the transaction, the marks of identification of the firearm, including the manufacturer’s name, the caliber, model and manufacturer’s number of the firearm, the name, address, birthplace, occupation, age, height, weight and color of eyes and hair of the purchaser or seller,” according to the Office of the Attorney General’s website.

Vermont has one of the most lenient gun laws in the nation, according to usacarry.com.

“It is lawful to carry a firearm openly or concealed provided the firearm is not carried with the intent or avowed purpose of injuring a fellow man. There is no permit required to carry concealed,” according to usacarry.com.

Vermont citizens as young as 16 years old are permitted to carry concealed weapons.

“I am for background checks [on gun purchases],” sophomore Gus Warner said. “I would think it would be a useful and cautionary tactic that could make a large difference with gun safety.”

“As a Vermont resident, I believe we should not be giving guns to people who are going to cause harm,” he said. “We need to do our part to regulate guns.”

However, it is required that a background check be done for a person to obtain a firearms license in Vermont, according to the Vermont General Assembly’s website, legislature.vermont.gov.

Background checks on the purchase of firearms are conducted with the National Instant Check System. The system provides gun merchants with immediate information on buyers and is maintained by the FBI, according to the Vermont Department of Public Safety’s website.

“I think it’s relatively unimportant.  Most figures I’ve seen show that guns used in crimes are primarily acquired illegally anyway,” senior Justin Hall said. “I know gang violence skews that statistic, but there is a lot of skewing in gun statistics.”

That law states that “individuals are by law disqualified from owning, possessing or purchasing a firearm if they have a felony conviction, a domestic assault conviction or a domestic assault charge that was amended to an offense where there is an element of violence on the Criminal History record,” according to the Department of Public Safety.

According to Gun Sense Vermont’s website, between 2003-2012, 56 percent of domestic violence homicides involved a gun.

“Vermont does have a domestic violence problem,” the website stated.