Head in the clouds: an inside look at Juul use on campus 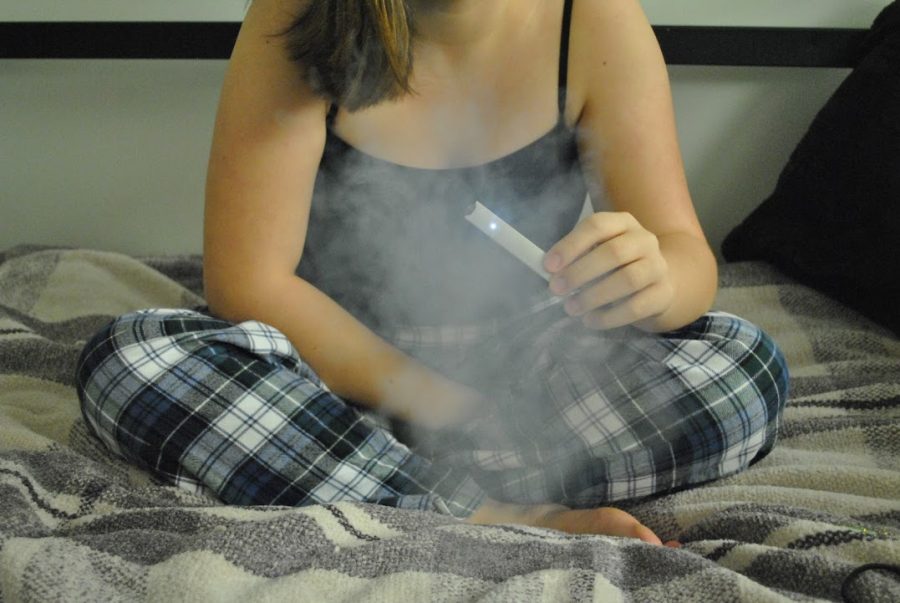 The first time Zoe Silverman, a first-year, hit a Juul, she was 16.

When it was offered to her, she didn’t think twice.

Two years later, Silverman abandoned her  own Juul before coming to UVM because it was a waste of money, she said.

Students on UVM’s campus have mixed feelings over vaping, which has become a common sight.

Nearly one in four first-years has used an e-cigarette at one point, said Dr. Harry Chen, UVM’s chief public health officer. With more evidence showing the negative impacts of e-cigarette use, there is a potential public health crisis in the making, he said.

Senior Martin Sakansong said that everyone he lives with uses a Juul, but he would rather just smoke a regular cigarette.

“You can literally sit there ripping a pod all day, whereas with a cigarette it’s a few puffs and then it’s over,” Sakansong said. “Once I have my [cigarette] it’s like, ‘I had one like an hour or two ago, I don’t need another one.’”

JuulMapJunior Ana Sleeman said she agrees with Sakansong. She owns a Juul but would rather just smoke a cigarette.

Junior Rosey Lambert said she only vapes in social settings, but thinks that it’s troubling that younger children are using e-cigarettes.

“When I was a first-year in college, people in my brother’s high school — kids I used to babysit — had Juuls and they’re like 14. It’s nuts,” Lambert said. “It would be nuts if you were 13-years-old and starting to smoke cigarettes.”

The Juul was created in 2007 to help smokers quit cigarettes, according to Juul’s website.

Senior Eamon Callahan said that he uses his Juul to help him curb his nicotine addiction.

Callahan said that he started using a Juul in June to stay off cigarettes, and so far it’s been a viable alternative.

Tom Fontana, a drug and alcohol counselor at UVM, said he thinks there are some people, like Callahan, that use the Juul appropriately, but largely it’s being abused simply because of its availability.

“I just don’t think it has been used that way,” Fontana said. “I don’t think they want to get kids hooked on this, but I do think, however, it benefits them, and it’s very hard for a company to care that much about it.” 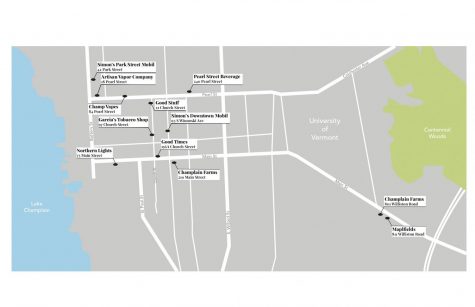 Fontana thinks that Juul and other e-cigarettes’ ease of use and portability make them attractive for many college students, he said.

“If you’re a middle schooler, you can’t be busting out cigarettes that easily, but you can hit that Juul a lot of places. Same thing even in college,” Fontana said. “It’s not that easy to smoke all the time. We’re kind of pushing you off campus a little bit, but the Juul makes it all the easier.”

Although e-cigarettes have been around for some time, users are getting younger and younger, which may be related to the image and cultural rituals around Juuling, he said.

“People with a cigarette are like, ‘fuck you, I’m smoking and it’s fucking cool,’” Fontana said. “What is the character of the Juuler? There is a character of the smoker, going back to James Dean leaning against the car.”

Despite this emerging identity around Juuling, the risks are very present for people in college, Chen said.

“That is a potential disaster,” Chen said. “I mean, in terms of how it’s affecting brains, how it’s increasing susceptibility to addictions later.”