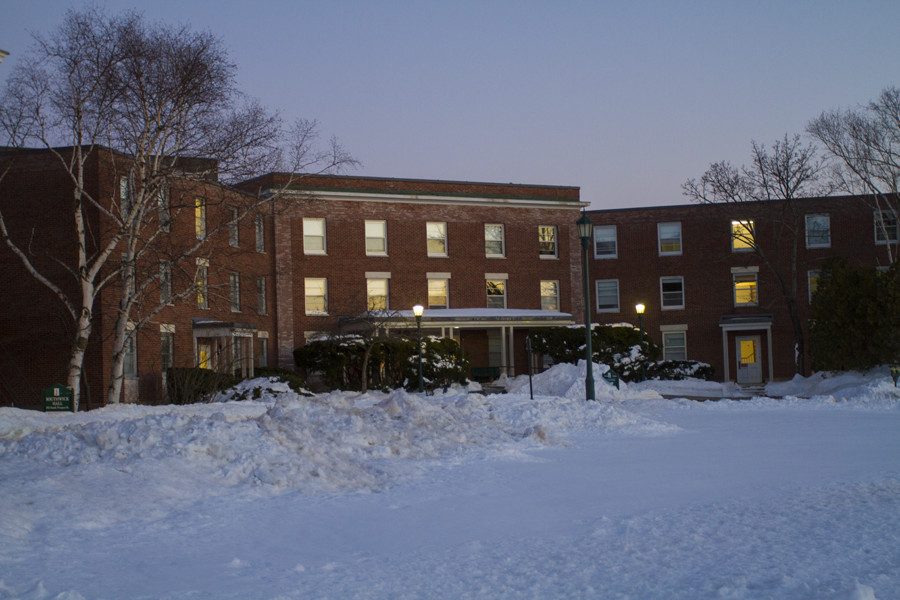 SABRINA HOOD| The Vermont Cynic Coolidge Hall is pictured. Residents have seen an increased police presence in and around the hall over the last month.

Joey Waldinger and Erika B. Lewy 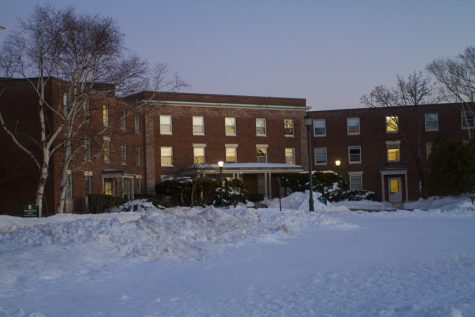 SABRINA HOOD| The Vermont CynicCoolidge Hall is pictured. Residents have seen an increased police presence in and around the hall over the last month.

Residents of Coolidge Hall are now used to seeing many police officers walking up and down their hallways this semester.

UVM police services began doing community walks at residential halls in February under the direction of ResLife. They were told to respond to vandalism and drug use in Coolidge, Deputy Chief Tim Bilodeau said.

At the beginning of the school year, sophomore Vanessa Palermo invited friends to her dorm in Coolidge Hall to listen to music and paint. She kept her door open so friends could filter in and out as they pleased, she said.

Palermo has kept the door to her room closed since the start of increased police presence. Her friends living in other buildings don’t spend time in Coolidge anymore because it’s uncomfortable, she said.

Sophomore Lauren Bird, who lives on the first floor of Coolidge near the entrance, said police have been in the dorm nearly every night since February.

Two residential advisers, speaking on the condition of anonymity, said ResLife requested they do extra walks in Coolidge to reduce the amount of police in the halls.

At a staff meeting this month, the two RAs said they were asked to spend their Friday night in Coolidge, and told to take their walks seriously because the hall was an area of “high risk activity.”

The RAs were told at the staff meeting that their presence would cut down on police patrols, they said.

Both Palermo and Bird said they feel they’re being watched, and that the level of scrutiny police and ResLife give Coolidge is excessive.

Students understand the need for some police presence, but her issue is not with them being in the halls, Palermo said.

Rather, Palermo was frustrated with the amount of time police spend in the building, and that it seems like police are looking for trouble instead of responding to issues, she said.

After speaking with other residents who felt the same way, Palermo wrote a petition in February asking ResLife to get police out of Coolidge, Palermo said. Eighty-one people signed it.

While everyone recognized that police are spending more time in Coolidge this semester, students, ResLife, RAs and police services have different reasons for why police walks began in the first place.

The RAs said they first heard police were going to get involved in late January, in the wake of a few incidents of vandalism and drug use.

An RA on walks found someone had discharged a fire extinguisher in the hall. Around the same time, residents complained that someone was pushing drug paraphernalia underneath their doors, the RAs said.

Police officers started showing up regularly in Coolidge in February after a residential director called and asked for assistance dealing with drug use and vandalism, Bilodeau said.

The directed police presence in Coolidge is a measure the University has taken in five dorms in the past, ResLife Director Rafael Rodriguez said.

Bird disagreed with ResLife’s explanation of why police are in her home.

“They say they’re here because someone stole an exit sign and someone blew a fire extinguisher,” she said. “And students drinking — that happens in every residential building, but the police are here.”

Coolidge is targeted because of last year’s reputation as a party dorm and because of the building’s already dilapidated conditions, two things that current residents had no control over, Bird said.

Bird said there are days where all of the toilets on the first floor are clogged. One of the two showers on her hall regularly overflows, so all residents share one shower, she said.

Rodriguez said Coolidge is not being targeted for being a party dorm.

“,” Rodriguez said. “We have students in the halls … and time to time, the community might be louder than others.”

However, he saw an increase in marijuana and alcohol use in Coolidge, which hindered the capacity of the community to keep looking and functioning in the ways ResLife expects, Rodriguez said.

Increasing the amount of police in a residence hall would never be ResLife’s sole response to problems in the community, he said.

In addition to police presence, facilitating community circles and shifting when and where RAs are present were other measures that ResLife took to address these student concerns, Rodriguez said.

Palermo and Bird both said they were not invited to attend community circles or meetings. The Cynic has not received as to whether or not these invitations were sent.

“The anxiety and fear that the police stir in Coolidge residents presents a paradox,” he said.

ResLife is aware of Palermo’s petition and other student responses to police presence, Rodriguez said.

“We understood students’ concerns,” he said. “Our first focus was bringing members of Coolidge together to provide context for what is happening and why it’s happening. We saw the petition as an opportunity to provide clarity.”

“The police presence is kind of a slap in the face,” Bird said. “Nothing is getting fixed, and I’m still getting monitored by a lot of people who are watching my every move.”

Sophomore Gillian Greene said the constant police presence has made her more resentful of authority.

In the print version of this article, Joey Waldinger’s name was mistakenly omitted by the editorial staff of the Cynic. Mr. Waldinger contributed substantially to this piece, and deserves as much credit as is due.