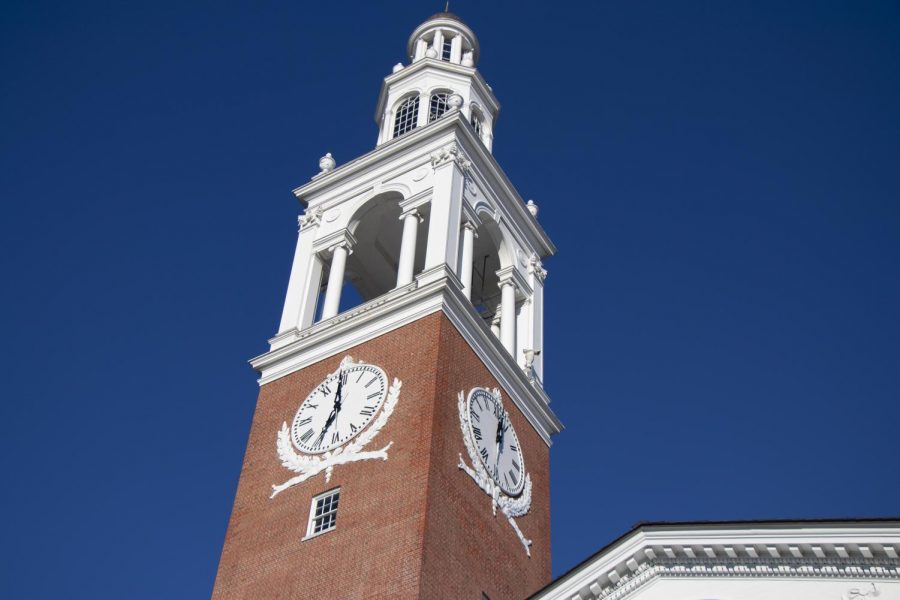 The clocktower of the Ira Allen Chapel stands in front of a background of cloudless sky, Oct. 5. The clock currently does not keep the correct time because of mechanical issues.

It is a brisk fall afternoon at UVM. The Ira Allen clock tower stands tall against the blue sky, its bells ringing as students hurry to their next classes.

Currently, all four sides of Ira Allen Chapel’s clock tower have different times displayed, none of them correct.

Maintained by the UVM Physical Plant Department, which takes care of all maintenance on campus, it has been incorrect for around six months, Plant Director Sal Chiarelli said.

Maintaining the clock is a difficult and complicated task, he said.

“The time varies according to the weather because it is pendulum-driven,” he said. “When the pendulum heats up, it gets a little longer, and when it gets cold, it shrinks a little bit. There’s an adjusting nut to use. It’s a constant battle to keep the time correct.”

Because of these discrepancies, the time must be adjusted multiple times a year.

Going up to fix the clock itself is also a hassle, Chiarelli said. Fifty years ago, workers could hoist themselves up to the clock face with a simple rope. Nowadays, maintenance is much trickier.

“To get to the top safely from the outside, you have to get a crane and you have to block off traffic,” he said. “It’s a distraction to campus.”

The clock will be seeing technological improvements in the future. The Physical Plant Department is currently working with the UVM Historic Preservation Program to modernize the clock’s mechanics while maintaining the tower’s historical integrity.

Chiarelli said they will be working on changing the clock to a computer-based system so the time will be more accurate.

“Everything on the outside will stay exactly the same,” he said. “Then hopefully we’ll only have to go back up there once every five years.”

Students themselves aren’t very affected by the clock. Many haven’t even noticed the incorrect time senior Chris Nuckols said.

“I live in Essex, so I’ve been in Burlington my whole life and never noticed,” he said. “That’s hilarious. That’s to show how observant people are.”

Senior Juniper Nardiello-Smith said that she never noticed because she simply doesn’t use the clock to check the time.

“I just genuinely can’t read those clocks incredibly well so I just look at my phone,” she said.

First-year Skyler Grimes said that she never noticed the clock, but she did notice the questionable ringing times of the bells.
“It wasn’t gonging at all when we first got to school,” she said. “Now it’s been gonging all the time and it won’t stop. I guess I’m just confused.” 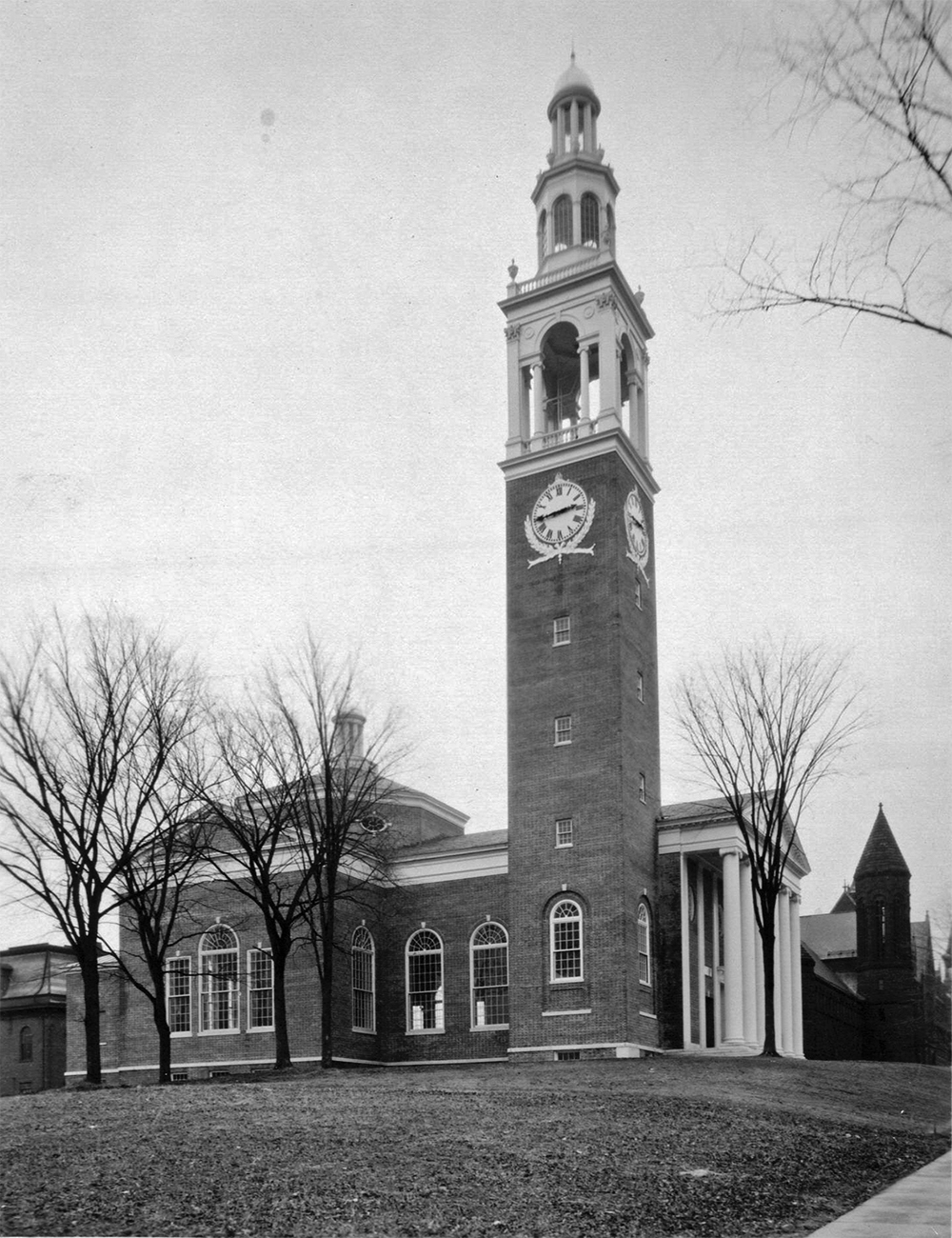 Ira Allen Chapel itself has an extensive history. It was named after Ira Allen, the founder of UVM and a founder of the state of Vermont, according to the 2011 University Green Area Heritage Study by the Historic Preservation Program.

According to the study, Allen had a turbulent relationship with UVM. After becoming indebted to his own university, getting arrested and jailed overseas for racking up debt, UVM went on and eventually forgot about him.

It was only until many years later that James Wilbur, an expert and fan of Allen, decided it was time for the founder to be remembered. Wilbur funded the construction of an 80-foot dome to commemorate the founder, despite UVM’s initial distaste.

For now, it seems that while the clock remains in disrepair, the clock tower will continue to stand against the blue sky, proudly gonging away at 3:23 p.m.