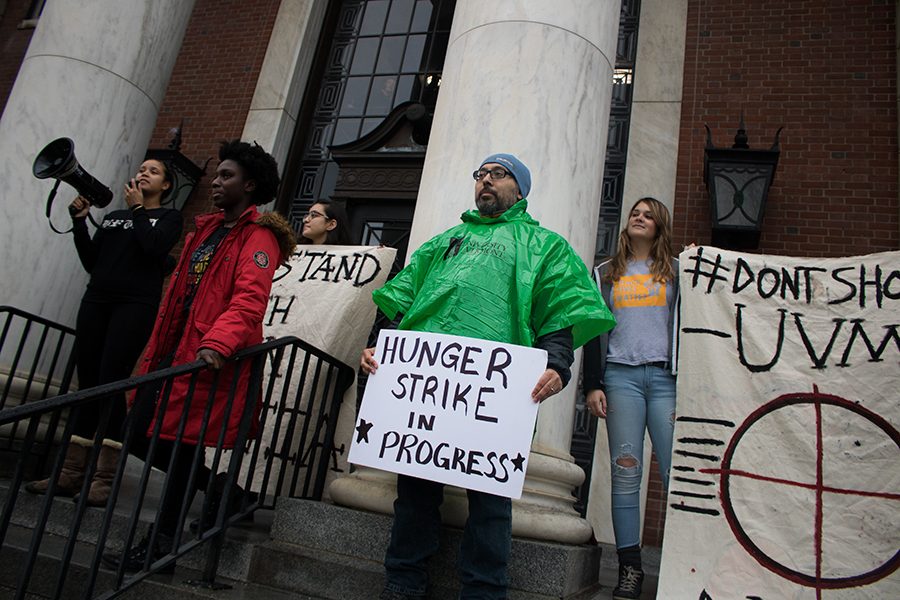 UVM employee John Mejia was not well enough to complete a public interview after having been on hunger strike since Friday, Feb. 16, said Emily Howe, who works in the Office of Student and Community Relations.

Mejia, who works in the Office of Student and Community Relations, began the strike in protest of racism at UVM.

A small protest broke out around noon Thursday in solidarity with John’s strike.

“I am here to show support with John…and to make it known that the administration needs to publicly support NoNames for Justice, John’s demands and Black Lives Matter,” senior Kunal Palawat said.

Protesters were called into the University’s executive offices at 1:00 p.m. to meet with Gary Derr, vice president for executive operations and President Tom Sullivan.

Mejia is striking until the University adopts all of the demands set by NoNames for Justice, an anonymous student activist group.

Mejia also wants the administration to install a permanent Black Lives Matter Flag, increase the staff and budget of the Mosaic Center for Students of Color, among other measures, according to a document of solidarity they wrote.