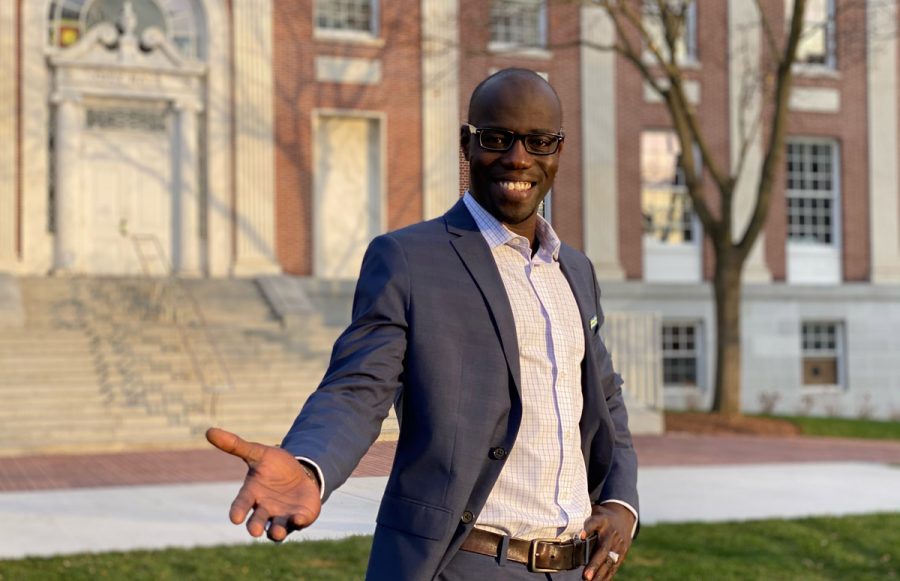 Running on a platform that stresses equity, transparency and unity, Independent Ali Dieng is bringing his experience as a teacher and lawmaker to the race for mayor today.

Dieng has represented Ward 7 on Burlington’s City Council for three years where he is the chair of the Racial Equity Inclusion and Belonging Committee, which works to combat racism and support BIPOC looking for economic independence.

“As a person of color and as someone who has been striving for justice all my life, I will be taking action,” he said. “And those actions have already started.”

Dieng spoke about how his experience and policy regarding racial justice, eradicating homelessness and COVID-19 protocols make him suitable to become the next Burlington mayor.

“I think that the vote of every single person matters,” Dieng said. “And what has value and importance is the voice of the people—whether you’re a student or a parent, whoever you are—you live in Burlington I think you should have that choice.”

Dieng emigrated from West Africa to Vermont thirteen years ago, and has been working in Burlington schools ever since. Even in his home country of Mauritania, Dieng worked as a grassroots organizer and elementary school teacher.

Dieng hopes to work towards his goal of improving racial justice in the city by involving Burlington residents in the decision-making process of policing.

Last June, the City Council issued a cap on police staffing, which would limit Burlington Police to 74 officers, according to a Feb. 9 VTDigger article.

Right now, the City Council has the authority to create and change the cap. However, Dieng said he proposed a non-binding ballot option so the people of Burlington can directly vote on this issue.

“The mayor wanted to increase that cap again from 74 to 84,” he said. “I proudly voted against that increase, we need to leave it at 74, and also still figure out how many police officers we need before we make that decision again.”

Dieng also plans to create a new position called Public Health Emergency Manager. This person will be in charge of providing expertise to his team to tackle the pandemic as well as the opioid crisis.

He said the pandemic must be approached based on science and trusting mental health professionals, according to his campaign website.

“We’ll be investing in making sure that the students of this great city also know to follow the protocol, I’m slowing down the big gatherings, the parties,” he said. “Collectively we all will need to come together to solve this problem.”

Dieng said that if elected, he will work to eradicate homelessness by implementing a unique innovative housing model that consists of building tiny homes.

“Some students actually helped me to find out about this,” Dieng said. “There are many tiny home villages around the nation and one tiny home can cost less than $10,000. And it can be built in less than 24 hours.”

As part of his budget, he will take out $150,000 a year for building and maintaining these tiny homes, he said. The housing will also include ‘wraparound services for people who want to fight addiction or are battling mental health issues.”

Dieng believes that the tiny home villages will also contribute to making the city safer and essentially will be a “win-win situation for everyone.”

He commended UVM students for participating meaningfully in the change around social justice and “wants [them] to consider his candidacy as the only Black person running for office.”

“All these students that came here, I want to thank them,” Dieng said. “I want to let them know to please take the time to research all of the candidates that are running before they make their votes.”