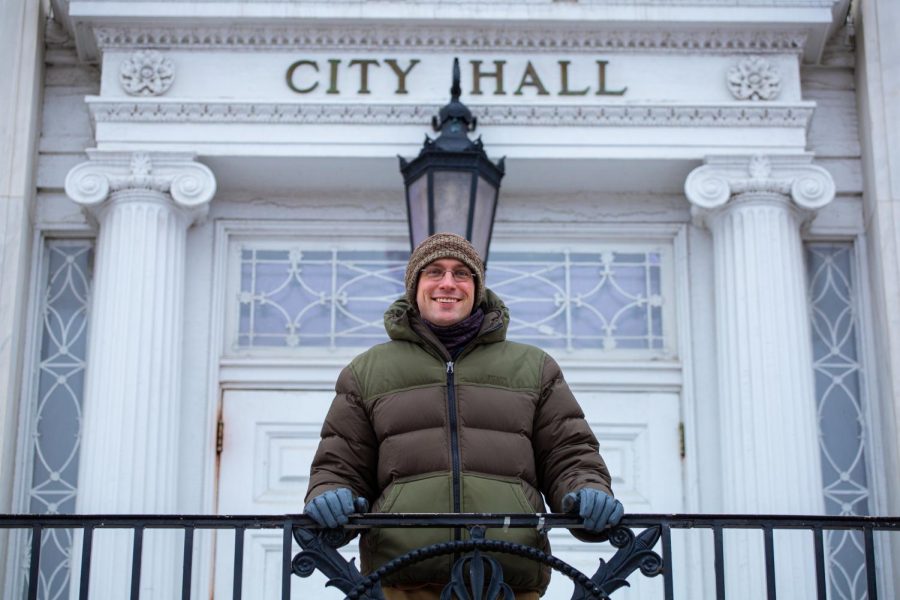 Having walked the UVM campus himself, Burlington mayoral candidate Max Tracy ‘09 feels he is prepared to represent students as the next mayor.

Tracy, a progressive, has represented Ward 2 on Burlington’s City Council since 2012 and has been president of the council since last April. He also works as a union organizer, and is running on a platform that prioritizes renter rights, BIPOC representation in the community and an equitable response to the pandemic.

“We need to focus on continuing efforts to address systemic racism in Burlington, whether it’s in public safety by transforming our public safety system into one that works for all,” he said.

Tracy stressed that racial justice work is not just about safety but also a matter of cultural and economic empowerment.

He intends to bridge the gap by expanding BIPOC business, land and home ownership and to “lift marginalized communities Weinberger has left behind,” according to a Feb. 3 SevenDays article.

The city of Burlington recently enacted a police staffing cap, which limits and maintains the number of officers to 74, cutting staffing by 30%, according to a June 30, 2020 VTDigger article.

He feels there is much unmet need when it comes to incidents around mental health and substance use disorders, areas in which he said police officers often find themselves unprepared.

Tracy intends to be more inclusive by introducing city-wide interpretation and translation services, which would be targeted towards the BIPOC community to ensure that more people are involved in the political process.

Tracy has garnered student attention by his advocacy for rent stabilization and weatherization, other key components of his platform.

“I think what we’ve seen is that absent a mandate that tries to make apartments more efficient, the results are uneven,” He said. “Maybe some folks are doing it right now but certainly not enough, and as a result we see so many apartments where people have to pay incredibly high utility bills.”

His goal is to expand opportunity for home ownership by making the cost of living more sustainable. He’s also in support of the Just Cause Eviction policy which limits the grounds on which a landlord can evict a tenant.

Tackling the pandemic in an equitable way is another cornerstone of Tracy’s platform.

His COVID-19 response plan outlined on his campaign website states that he will push for hazard pay and make sure no city employees are laid off.

“Even with the rollout of the vaccine I think we still have to be as careful as we possibly can be,” he said. “in order to make sure we’re prioritizing keeping as many people alive as possible.”

A UVM graduate, Tracy said he participated in a number of protests in hopes to unionize staff workers. He also got involved with UVM Progressives and various political campaigns that continue to this day.

“When I was a UVM student, I was involved in a movement for all campus workers to be paid a livable wage,” he said. “That effort later shifted towards one focused on preventing layoffs, much like students are focused on today.”

Tracy said he is excited about the support he has seen on UVM’s campus.

“We’ve got so many students who have stepped up and jumped into the campaign,” he said. “I’m really excited about the potential for students to participate in large numbers in this election.”