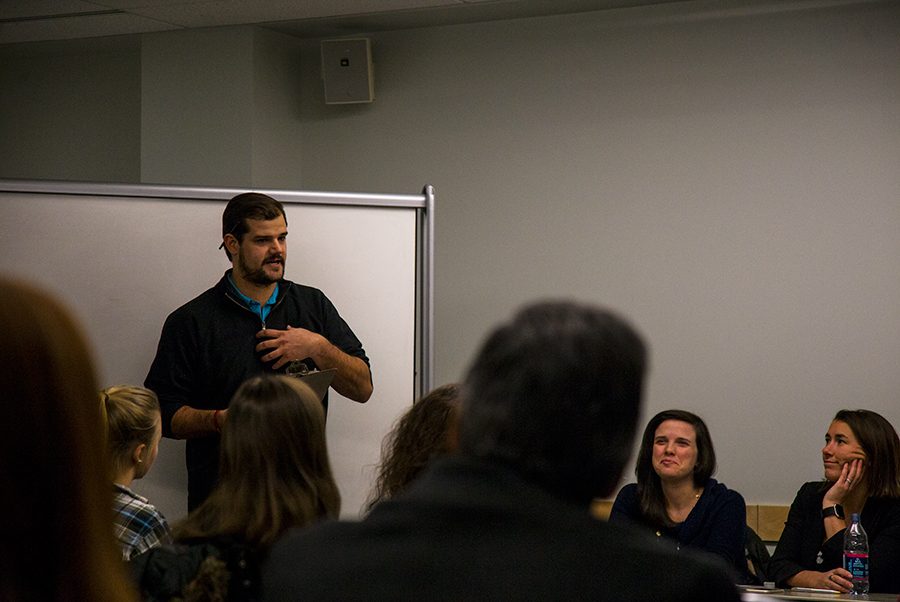 1in4 gathered in the Jacobs House to reflect on their accomplishments and set goals for the spring.

1in4 is a national nonprofit organization dedicated to the prevention of rape, according to the 1in4 website.

“We want to reach out to people not only to raise awareness, but to provide help to others,” said senior Raphael Debaty, president of the UVM chapter of 1in4.

1in4 trains men to intervene in situations of sexual assault, as well as how to help someone who has been sexually assaulted in the past.

The group said they are not surprised with the recent uptick of sexual assault allegations, but they are glad that people are able to come forward.

Forty men have been forced to resign or been fired because of sexual assault allegations since October, according to a Dec. 8 New York Times article.

“We try to not make [sexual assault] just a women’s problem, but everyone’s problem,” Debaty said.

One of their main goals is to change the image of what men can do about sexual assault on campus.

The club gives presentations to the public and various groups on campus, such as fraternities and sports teams.

The group began on campus in 2012 following an incident with a member of the fraternity Sigma Phi Epsilon, said Keith Smith, men’s health outreach coordinator and founder of the UVM branch of 1in4.

He then accidentally sent it to his teaching assistant, according to a December 2011 CNN article.

Since then, 1in4 has been working to prevent sexual assault and to “make it easier for students to stand up and act,” said 1in4’s marketing and outreach coordinator senior Matthew Segil.

The members dedicate much of their daily lives to raise awareness about sexual assault, Segil said.

He said he tries to seriously talk about sexual assault at least once a day.

“Sexual assault is not an abstract concept,” Segil said. “No doubt every single male on this campus knows someone who has been sexually assaulted, whether that person has opened up to them or not.”