New dean is selected for College of Education 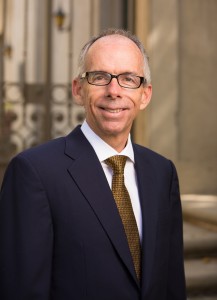 This summer will bring a new face to the College of Education and Social Services.

Scott Thomas has been appointed as the new dean of the college, according to a March 24 email from President Tom Sullivan and Provost David Rosowsky. He is currently the dean of the School of Educational Studies at Claremont Graduate University in California.

Thomas said he is excited and “energized” by this opportunity in a March 28 email to The Cynic.

“President Sullivan’s strong academic, public oriented vision for the University is compelling,” he said in the email. “His expressed commitment to student success and promoting a culture of academic excellence frame the significant talents of the students, faculty, and staff across the UVM campus.”

He also highlighted the importance schools have in local communities in the email.

“CESS’s powerful combination of social services and education programs set it apart from many other colleges across the country,” he said in the email.

He received both his bachelor’s in sociology and his doctorate in education policy, leadership and research methods from the University of California, Santa Barbara.

His scholarly work has been funded by research grants total- ing over $5 million, according to the email.

He has served as the editor-in-chief of the Journal of Higher Education, the “oldest and most influential journal in the field of higher education,” since 2011, according to his Curriculum Vitae.

Thomas serves as the president of the Association for the Study of Higher Education, which promotes member collaboration through research, publications and conferences, according to its website.

He is replacing Cynthia Gerstl-Pepin, who has served as interim dean of the College of Education and Social Services since July 2015.

Gerstl-Pepin assumed the position after former dean Fayneese Miller took a position as president of Hamline University in Minnesota.