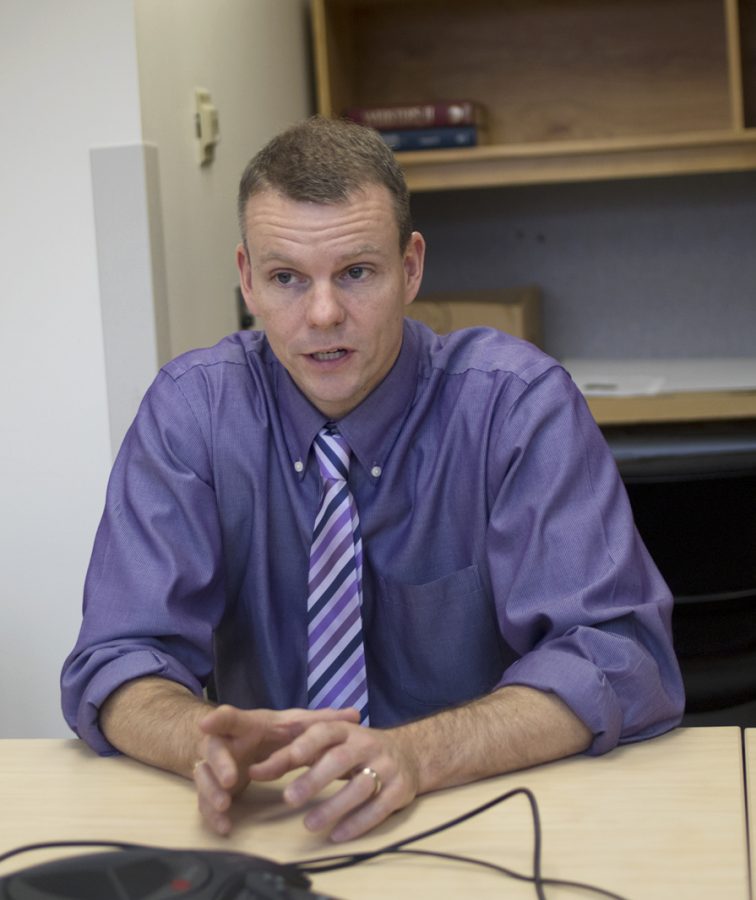 UVM has joined a number of universities testing a drug that is giving patients the chance to try an alternative style of treatment for a disabling disease.

While most people with Parkinson’s opt for oral medication, this is not always effective, neurology professor James Boyd said.

Duopa is a trial drug that utilizes a pump which allows medicine to be dripped directly into a patient’s intestine to be absorbed by the body, Boyd said.

Parkinson’s disease affects the brain. It occurs when the body produces low levels of dopamine, a chemical that regulates and controls many body functions including movement, Boyd said.

It is an incurable disease, but its symptoms, such as rigidity in movement and incapacitation, are highly treatable, according to the Mayo Clinic.

Boyd has been a part of two Duopa trials at UVM. The first one in 2008 focused on testing the drug for safety. The second trial, beginning in 2010, focused on getting FDA approval by showing the effectiveness of the drug, he said.

Normal protocol for diseases like Parkinson’s and Alzheimer’s is to try to stop or slow the condition itself, Boyd said.

“Currently, we don’t have anything that halts the condition from getting worse, and that’s where a lot of research is right now,” Boyd said.

Patients receive medicines that look like dopamine to the brain or others that allow the brain to produce more dopamine, he said.

These medicines are given to patients in pill form, which are usually taken every two hours, Boyd said.

“Some people experience in- capacitation for a third or even half of their days,” he said. “So when you have half of the day with your medicine not working, there’s a lot of opportunity here to try to give these people back some functional time.”

The Duopa pump expels medicine into a patient’s intestines every few minutes, ensuring a continuous intake of the drug, Boyd said.

“If they feel like they’re getting too low or too slow, they have a button on the pump they can press that gives them a bit of a jolt in dosage,” he said.

The results of the Duopa trial were successful, said Emily Houston, a clinical research coordinator who worked with Boyd on the trial.

“I’ve seen the major improvements this therapy has had on patient’s motor symptoms and quality of life,” Houston said.

“It’s been exciting to offer a treatment that could have such a positive effect, and to feel like we are giving these patients exactly what they had been waiting for,” she said.