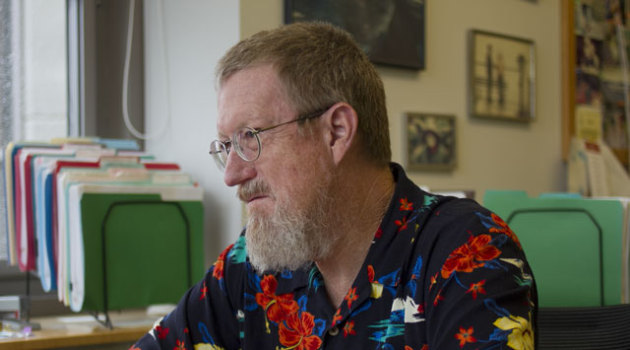 Fraternities and sororities may be paying property taxes in fiscal year 2018, according to a new law.

“The fraternities and sororities will have to pay a property tax beginning after July 1 of 2017,” Davis said.

Beginning in fiscal year 2018, the state of Vermont will tax the properties owned by fraternities and sororities based on the value appraised by the city, he said. It is projected that a total of $160,000 will be collected from Greek housing.

“Whatever happens around taxes is going to affect some people but not everybody,” Director of Student Life Pat Brown said.

Right now there are 15 fraternities and sororities on campus, though not all have houses, according to the UVM Greek Life website.

“As it’s written, it does not affect the University directly. It affects the students that attend here,” Davis said.

“[The Greek houses] should be taxed. I live on Spear Street and I pay taxes,” senior Sam Chevalier said.

“I’m kind of torn. I don’t know if they should,” senior Emily Gluckin said.

“Would it even have that big of a difference? Because there aren’t that many fraternities and sororities,” Gluckin said.

Fraternities and sororities were previously tax exempt because they were considered part of an educational institution, Brown said. As an institution, UVM pays to the city of Burlington something that is called a P.I.L.O.T., a Payment In Lieu Of Taxes, he said.

UVM pays $1.2 million to make up for its impact on the city, such as its use of the fire department or police services, according to the Payment For Services Agreement between UVM and the city.

There’s always conversations between Burlington and the University about impact and costs and where money comes from because UVM is a municipality that has expenses and Burlington is trying to get money wherever they can,  Brown said.

The University has worked with the student and alumni leadership and tried to give them the resources they need to advocate for themselves, he said.

“It’s this interesting kind of thing of ‘do we think there’s value for living in a fraternity or sorority house,’ yes,” Brown said.

“In simple terms, two students live in side-by-side buildings, one with a set of Greek letters on it and one without,” Ashe said. “One pays property taxes as part of rent, and one does not. The majority of the legislature didn’t think that was fair. It was not about raising money, nor singling out Greek chapters.”

The legislature passed a bill two years ago requiring every “tax expenditure” in the Vermont tax code to have a stated purpose, he said.

A tax expenditure is essentially every deduction, exemption and credit in the tax code. They are called expenditures because not collecting a tax dollar because of one of these special treatments is the equivalent of spending the same dollar in our budget, Ashe said.

“I can’t speak to whether any of the fraternities or sororities will struggle to pay the property taxes,” he said. “I do know that many students living in Greek houses pay much less than they would in a private apartment, so while I am sensitive to the affordability question, I am at least as sensitive to the students who pay much higher rents in off-campus housing.”

“For every exemption in the tax code, it means everyone else, other students, other taxpayers, have to pay more to pick up the slack,” he said.

This bill will not take full effect for another two years, which leaves room for changes and discussion to take place.