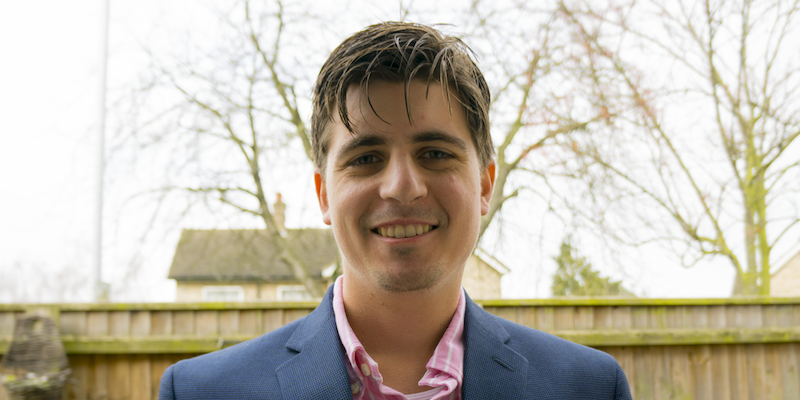 A UVM assistant professor in chemistry was selected to be featured on the 2019 Forbes 30 Under 30 list for science.

Michael Ruggiero was selected for his work in trying to understand how atoms move.

“What I ended up being interested in is a different kind of motion, so maybe it’s two atoms moving [side to side] or two atoms moving [up and down] but then certain types of motions are very directly related to certain properties,” Ruggiero said.

Ruggiero used this information to see how the structure and movement of atoms and molecules affects the properties of different materials.

Ruggiero didn’t expect to be nominated for the award, he said. Forbes candidates are nominated by other people, but Ruggiero said he still doesn’t know who nominated him.

“I got an email, sort of out of the blue, that I thought was spam, actually, saying that I was a finalist and someone nominated me,” Ruggiero said.

Forbes is a business magazine that reports on entrepreneurship, finance, technology and politics. Every year, it creates a list of “600 trailblazers in 20 industries,” according to the Forbes 30 under 30 webpage. These industries include fields like education, healthcare, media, sports and science.

Other luminaries on the 30 under 30 science list this year include Ewin Tang, an 18-year-old Ph.D. student who developed an algorithm that can allow conventional computers to solve a particular problem as fast as a quantum computer, and Julie Bliss Mullen, the co-founder of a company that produces a device that uses electricity to purify and disinfect water.

Junior Luke Burgess has been working alongside Ruggiero in his lab for the past year. The work Ruggiero was doing interested him and he’s glad he decided to work with him, he said.

“He’s really down to earth and relaxed. It’s also a lot of fun because it’s a new lab starting up. There’s a lot of stuff in other labs that you wouldn’t have the opportunity to experience,” Burgess said.

“He’s passionate about [chemistry] and that shows, and then that only gets me more excited about work,” Banks said.