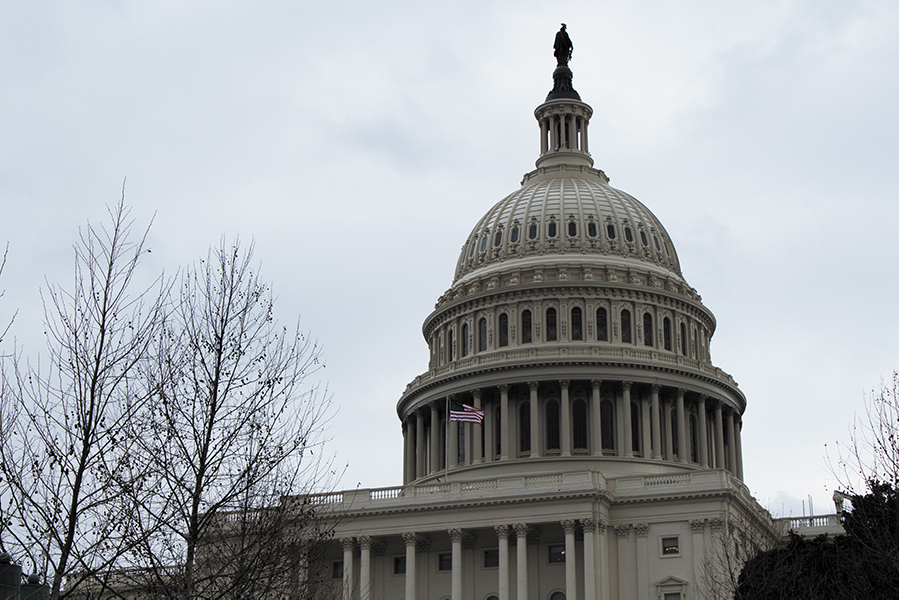 The United States Capitol Building located in Washington D.C. is home to the United States Congress. The current shutdown of certain federal departments and agencies could slow own research at UVM, but financial aid remains unaffected.

Research at UVM will go unfunded if the government shutdown continues, but financial aid is unaffected.

The closure of certain federal departments and agencies that provide grants could slow down research at the University, said Wendy Koenig, UVM director of federal and state relations.

“[The shutdown] impedes people from getting new money, and it impedes researchers from being able to communicate with those agencies … until the shutdown is over,” Koenig said.

Funding from federal departments and agencies that has already been distributed can still be used despite the shutdown, she said.

“These changes have not yet produced detrimental effects, but some are getting closer and closer to being problematic the longer the shutdown continues,” said Richard Galbraith, vice president for institutional research at UVM.

Affected agencies that fund research at UVM include the National Science Foundation, Department of Agriculture and the National Oceanic and Atmospheric Administration, Galbraith said.

The National Institute of Health, which provides a large portion of UVM’s federally-funded research, has not been affected by the shutdown, he said.

The Department of Education has not been directly affected by the shutdown, and the processing of federal aid applications is running smoothly, according to a DOE spokesman.

DOE had its budget approved by President Donald Trump in September 2018.

The partial shutdown, which is in its fourth week, started Dec. 22 when Congress was unable to pass spending legislation due to disagreement over Trump’s proposed wall for the U.S.-Mexico border.

Trump has said the wall is necessary, referring to the illegal crossings at the southern border as a humanitarian and national security crisis, according to recent tweets by the President.

“To me, the unfortunate irony is that important academic programs are being postponed while misinformation and racism is being promoted,” Donnelly said.

Vermont Rep. Peter Welch said his highest priority is reopening the government and that his office is ready to help affected Vermonters in the meantime.

“It is appalling that President Trump is holding hostage the American people for billions of dollars to build an unnecessary border wall,” Welch said. “Hundreds of thousands of federal employees are working without pay or furloughed without pay.”

The House of Representatives has now passed two bills to reopen the government, but neither has been voted on by the Senate.

This is the second time the government has partially shutdown under the Trump administration; the first shutdown occurred Jan. 20-22, 2018.