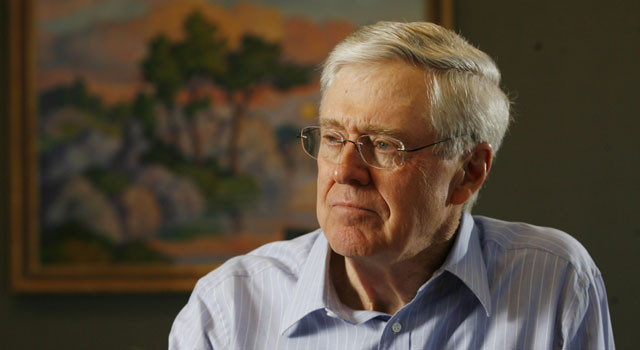 In  August of 2014, the Charles Koch Foundation listed UVM, along with Champlain College, Norwich University and St. Michael’s College, on its monthly lists of universities and colleges with programs supported by the foundation, according to documents from UnkochMyCampus.org.

Each month, the Charles Koch Foundation publicly lists all of the colleges and universities that they have given donations to during that period on its website, CharlesKochFoundation.org.

These lists are changed and updated on a monthly basis by the foundation, and only the current version is available for download.

The list of universities and programs supported by the Charles Koch Foundation in August of 2014 was authenticated using the a public internet archive service archive.org, but the September 2014 list has not been authenticated at this time.

The Internet Archive is a non-profit organization that archives texts, audio, moving images, software, and web pages, and is a member of the American Library Association.

“The only place on the UVM website that has any mention of the Koch Foundation is the department of economics,” said Gary Derr, vice president for executive communications in an email.

Trice Jacobson, a representative for the Charles Koch Foundation, confirmed that the foundation has not given any funds or donations to UVM.

“We haven’t yet had an opportunity to support a program run by your school,” said Jacobson.

In order to make a gift or donation to UVM , it first has to go through the University of Vermont Foundation, provost David Rosowsky said.

Donors are able to claim anonymity when they make a donation, according to the UVM Foundation’s Donor Bill of Rights.

“The UVM Foundation is responsible for accepting, holding and investing gifts and endowment income that benefits the University,” according the UVM Foundation’s report for the fiscal year 2014.

Rich Bundy, a UVM environmental studies alumni, is CEO of the UVM Foundation.

“We have carefully checked our database of donors. The University of Vermont Foundation has no record of any gift, commitment or other donation from the Charles Koch Foundation or members of the Koch family,” Bundy stated in an email.