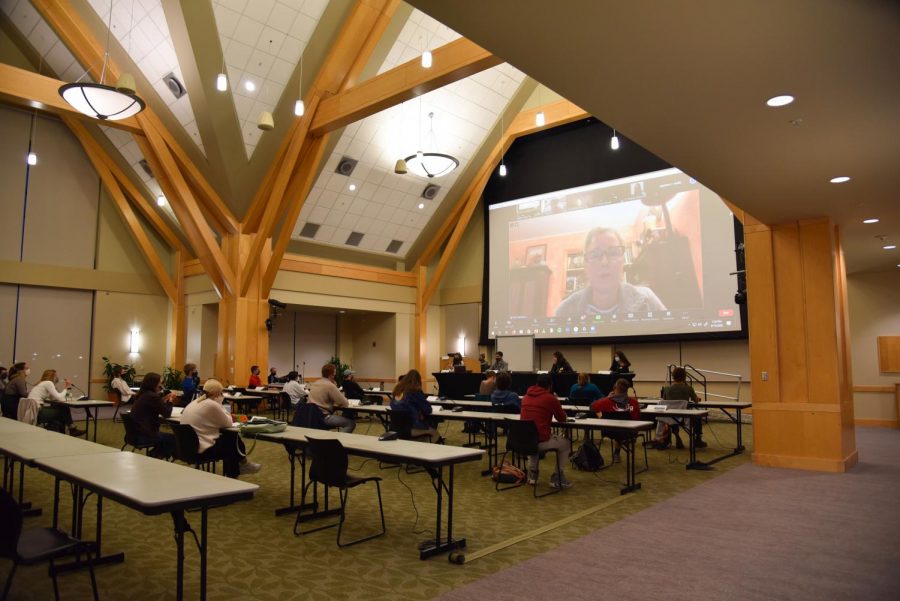 A conservative campus group that supports Donald Trump is no longer recognized as a club at UVM just 30 days short of the election after a resolution was passed by SGA.

SGA derecognized the club in their Sept. 29 meeting. The senate also approved funding to satirical campus paper The Water Tower despite the organization’s poor financial footing, and provided committee updates.

Two clubs, the Student Veteran Organization and Turning Point USA, were derecognized on Tuesday under a bill authored by Ann Wong, chair of Club Committee Affairs.

Before the bill was passed, Wong reminded the club that recognition cannot be vetoed, “based on their mission or purpose,” because that would violate students’ freedom to assemble.

Turning Point USA is a national conservative political group that aims to “identify, educate, train, and organize students to promote the principles of freedom, free markets, and limited government,” according to its website.

Although UVM’s chapter of Turning Point USA chapter started in 2012, the group has not been active on Facebook since 2017.

The other group derecognized on Tuesday was the Student Veteran Organization, a chapter of a national organization that provides services to student veterans to expand on their academic careers.

“Both of these organizations just didn’t have people who wanted to take over with leadership, and didn’t have enough members to continue membership,” said Wong.

Wong also pointed out that both groups asked to be derecognized, but still have the authority to operate outside of SGA’s recognition if they so choose and can be re-recognized at some point in the future if they go through the recognition process.

SGA voted during the meeting to allocate $3,243 to The Water Tower, UVM’s alternative newsmagazine to support their webpage and printing needs despite issues filing for financial support earlier.

Treasurer Samantha Kyprios also added that she had even been advised not to give the Water Tower money because of their failure to submit a budget. Despite this, SGA voted to pass the bill.

The Water Tower requested $4,818. However, SGA allocated nearly $1,500 less because there are fewer students on campus and therefore expect fewer physical copies to be printed.

Committee chairs also gave updates on what each is working on this week.

Olivia Lopez, chair of the Committee on the Environment, announced that if students have ideas on ways to improve campus sustainability, they can now reach out to the to have their project considered for the Sustainable Campus Fund.

The Sustainable Campus Fund was formerly known as the Clean Energy Fund, but the name was changed this fall to broaden the scope of projects.

Additionally, senate members are planning events to keep people connected, especially during the two months that students will be home between semesters.

Following some concerns that dining halls are not offering enough options, the Committee on Student Action and Well-being said they plan to meet with the dining staff to confirm that students’ dietary needs are being met amongst COVID-19 precautions.

SGA is working on making all of these updates more accessible to students by getting their Twitter page running again and by sending out a newsletter starting Oct. 1.

SGA also reminded students that flu shots will be administered at the Davis Center starting in mid-October alongside COVID testing, or students can get them at local pharmacies.