The Vermont Cynic • May 3, 2019 • https://vtcynic.com/news/sga-pushes-for-a-new-climate-action-plan/ 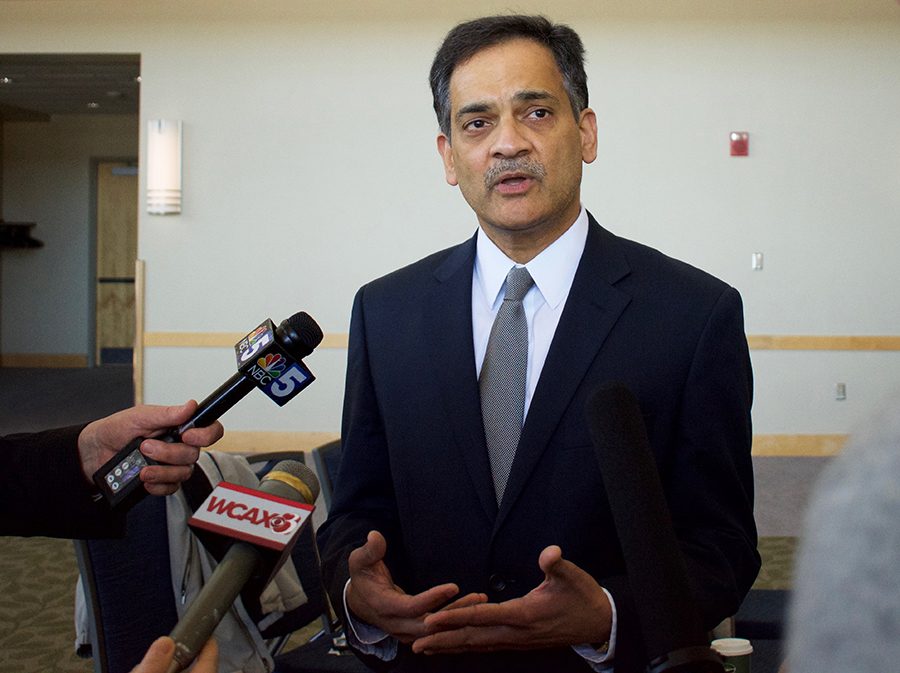 SGA is concerned the University won’t meet its current goals.

The resolution was signed- by SGA April 23 to address the University’s current Climate Action Plan created in 2010 under President Tom Sullivan.

The current plan was created with three goals: UVM would use 100% renewable electricity by 2015, 100% carbon neutral thermal energy for heating starting in 2020 and 100% car- bon-neutral commuting, business and air travel by 2025, ac- cording to the president’s plan.

Sophomore Jake Gess, a senator on the Committee on the Environment, created the resolution and wants to address the urgency of adopting a new plan.

“The first half of it, it’s outlining general problems that are occurring with the environment and with climate change,” Gess said. “I wanted to outline that first so it was made very clear why this resolution is important.”

The second half of the resolution focuses on the current action plan created under Sullivan. Despite it being a good plan, UVM is not going to meet those goals, Gess said.

Of UVM’s three goals in the climate plan, UVM has only reached 11% of its goal to use 100% carbon-neutral heating energy by 2020.

Additionally, UVM is only 23% of the way to reaching its third goal, Gess said.

A new plan is important to SGA so it represents the student voice and that it will ease Garimella’s transition to UVM, Gess said.

SGA President Jillian Scan- nell, a junior, said SGA hopes the report will be put together over the summer and into the fall.

“[It should] just outline the history of climate action at UVM, what our original 2010 goal said, what our comparative institutions are doing,” she said.

Creating a new climate change action plan also allows students to have more of a say in the plan, Scannell said.

Sophomore Jacob Weinstein, an SGA Senator and Eco-Rep, said there is hope that when the climate action plan is developed, Eco-Reps will have a way to market it well and let students know what is going on with it.

The resolution will not be the end of it, Scannell said. Resolutions are used as a tool, as a stepping stone to bring a plan to Garimella.

Gess said it’s crucial at this point to create a new plan because of the new president.

Communications Director Enrique Corredera stated in an April 28 email that Dr. Garimella does not begin his term as president until July 1.

“We assume that the SGA will share with him a copy of the resolution after he arrives and begins his UVM service,” he stated.