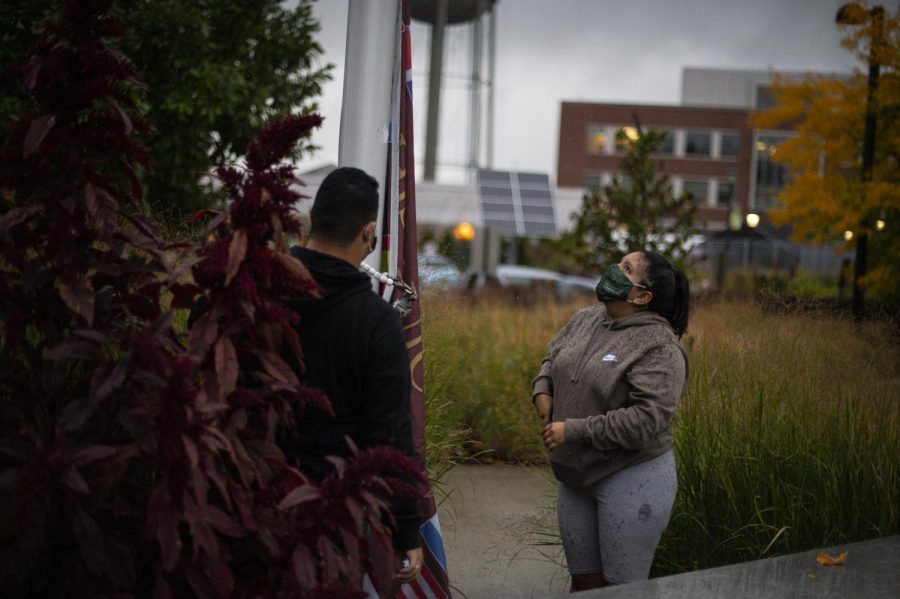 Control of the third Davis Center flagpole has been transferred from the UVM administration to students, according to an email from UVM President Suresh Garimella, just hours after students re-rose the Hispanic Heritage Month flag.

“Rather than simply making an exception to the flag policy for Hispanic Heritage Month, we are pleased to announce that we have offered SGA stewardship over the third flagpole,” the email stated.

Daphne Wells, director of student life, originally had control over the flag before the power was shifted to Derr over the summer. Around the same time, the flag policy was changed to limit special events flags to five days.

Although a resolution passed by SGA Sept. 22 asked for control of the flagpole to go back to Wells, the University instead shifted the power directly to the student government.

“SGA will be in charge of the implementation of the policy and decision-making around what flags will be flying, when, and for how long, following our common ground principles and fair and equitable treatment of all recognized SGA organizations,” it stated.

While SGA is developing a policy specific to the flagpole, the email stated that the Hispanic Heritage Month flag will fly for the duration of the celebration through Oct. 15.

The administrators commended the students that went on strike, stating that the way they approached the administration was thoughtful and respectful.

“We write today to the entire student body to thank our student leaders for coming forward and expressing their concerns in a positive, solution-searching way” it stated. “We have heard and understood that the third flagpole… provides visibility for identity groups and has special meaning to students.”