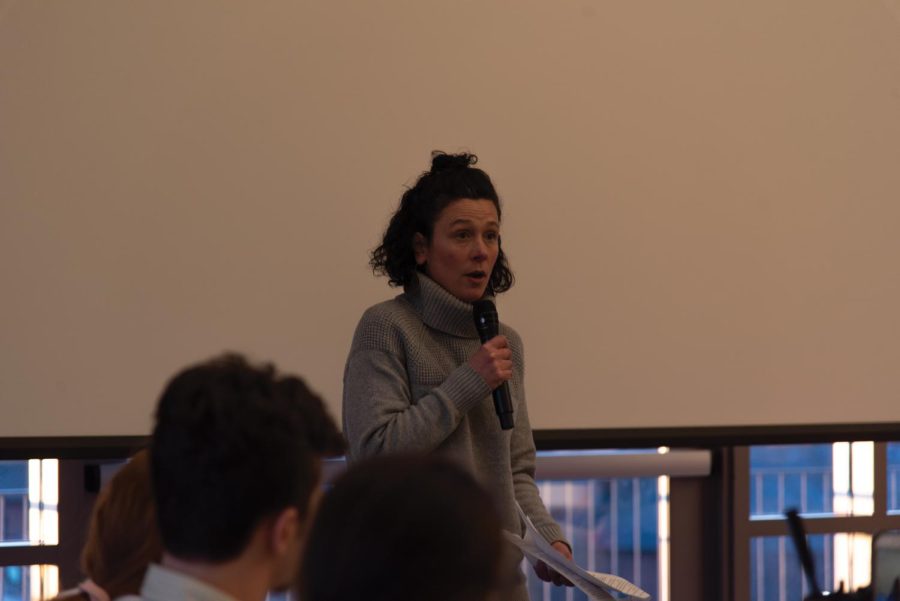 SGA unanimously passed a resolution in support of UVM Staff United’s push for livable wages at their March 29 meeting.

UVMSU consists of professional, office, specialized and technical staff members who began negotiating with the UVM administration in October, their website stated. The Union is pushing for livable wages for all, diversity with accountability, maintaining professional benefits and a healthy work-life balance.

Some specific bargaining priorities include diversity in hiring and retention provisions, base salaries at or above the livable wage, improvements in paid maternity leave and healthcare, and flexibility in scheduling, their website stated.

To help convince SGA to vote in favor of the resolution, Annie Valentine, education and training manager at the Center for Health and Wellbeing and UVM Staff United bargaining team member, came and spoke to the Senators at their March 29 senate meeting.

“We deserve fair, livable equitable wages, so we can live in Chittenden County, take care of our families and come to work and help take care of you as well,” Valentine said during her speech to SGA.

It is heart-wrenching to know there are people working at UVM who are not making $20 an hour, Valentine said.

“It just confuses me. Why wouldn’t they get paid enough?” said Senator Taylor MacHarrie, a junior.

Senator Maddie Henson, a senior and chair of the committee on student action and well-being, decided to work with Valentine to create this resolution so that UVMSU could have SGA’s full support, Henson said.

“This University would not operate without staff,” Henson said. “We need to support them as much as they support us, in as much capacity as we can.”

The resolution itself signifies SGA’s support of UVMSU’s ongoing bargaining for their main priorities in addition to defining some of the bigger issues the staff has, such as the lack of both a yearly pay increase and maternity leave.

Now, with the resolution passed, Henson plans to send it to the Graduate Student Senate, as a substantial number of UVMSU members work in UVM graduate programs.

Henson is confident the resolution will pass because members in GSS are looking forward to receiving it, she said.

If administration doesn’t grant UVMSU’s demands by the following April 8 meeting, then UVMSU will consider organizing a rally on April 15 on campus, similar to their March 17 rally, Valentine said.

UVMSU is also sharing a petition on social media to gain student body support and traction for their cause. As of April 3, the petition has 1,410 signatures.

“We just want to be seen and treated with dignity because we support you all every single day in so many different ways,” Valentine said.

The negotiations between administration and UVMSU are conducted in private, so the administration will not publicly comment on them, but continues to work in good faith with the Union, according to a March 18 email from UVM Spokesperson Enrique Corredera.