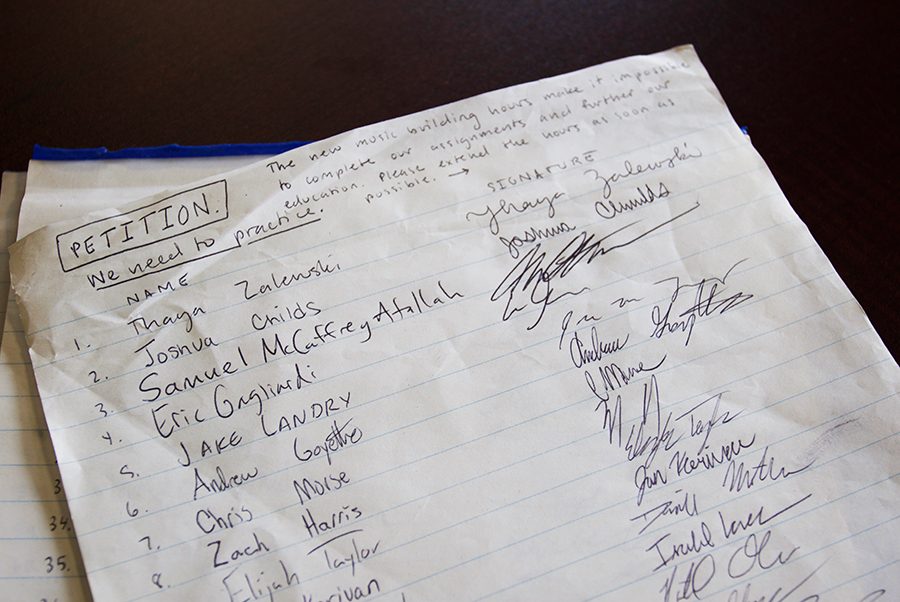 Thousands of dollars worth of musical equipment was stolen from the Southwick Music Hall following a second break in this year.

UVM police is investigating a burglary that happened sometime between Sept. 20 and Sept. 23 in the Southwick music building located on Redstone campus.

Deputy Chief Tim Bilodeau said that police can’t rule out the possibility that a similar incident that happened in early April 2018 is connected to this one.

UVM police services and the music department are still working to make a list of what was stolen, but the value is easily in the tens of thousands of dollars, said Andy Aquino, an administrative assistant in the building.

There is no sign of forced entry on the outside of the building, Bilodeau said. Inside, there is some evidence that a crowbar was used to break open music equipment rooms.

Once inside the building, the thief or thieves made their way into the main office where they got the set of master keys used to unlock the doors. The entire set of keys, along with several sets of cymbals and other percussion instruments, were stolen, Aquino said.

UVM police services have very little to go on as there were no witnesses and no security cameras in or around the building, Bilodeau said. The building is regularly open from 7 a.m. to midnight every day.

Immediately after the incident was reported to UVM police services the building’s hours were restricted, closing the building completely on the weekends, Besaw said.

The measures were meant to ensure student safety but without the extended practice hours and availability on the weekend, students have been feeling the impact, sophomore music student Thaya Zalewski said.

In response to the limited hours, Zalewski started a petition meant to express the negative impact these hours had on students, she said.

“[The limited schedule] isn’t working,” Zalewski said. “We understand that it’s a security issue, but its hurting us to not be able to use the music building. We’re not doing as well in our classes.”

Zalewski said that she recently had a quiz in her piano class that she and many of her classmates couldn’t practice for because of the new hours.

Senior music student Eamon Callahan said he had a class canceled because of the incident.

“Im pretty pissed,” Callahan said. “This is the second time it’s happened, too.”

Aquino said that students should feel upset about the changes to the building hours.

“This is students’ only place to keep their instruments safe.” Aquino said. “For sure that will have a negative effect on people in ensembles with class assignments or even just people, you know, we’re using it as a space to get together.”

Besaw sent out an email to the UVM music community Oct. 3 announcing that the hours would be changed back.

Bill Falls, dean of the College of Arts and Sciences, said that CAS and the music department are working to install CATcard building access readers and security cameras.

“It’s just a really unfortunate incident and really terrible that it impacted students,” Falls said. “I just want to assure students that we do our best to balance safety with access and I regret any hardship that it produced in the last week or two.”