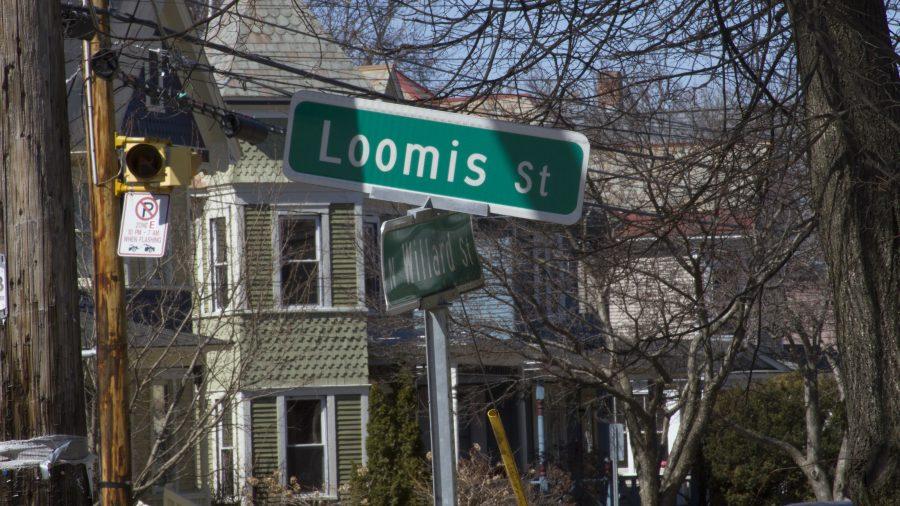 A man has been stalking young women in downtown Burlington, police said.

34 year old Joseph L. Strong of Sheldon, Vt. was arrested last week and charged with three counts of Stalking and one count Prohibited Acts. He was cited to appear in the Chittenden Criminal Court April 10.

Between March 20 and March 27, there were six incidents involving four separate victims around Loomis Street between 1 a.m. and 8 a.m., according to a press release by the Chittenden Unit for Special investigations. Students living on Loomis Street have expressed concern about the stalking reports.

“Hearing about the recent attacks that happened on my street made me feel a little uneasy and plainly creeped out,” said junior Natalie Crowley, who lives on Loomis Street. “I am not alone, as I know my 3 other female roommates feel the same way. I do not feel like I am in danger.”

“Our family and friends have done nothing but showed concern and offered different ways to help,” she said. Crowley said she will be more cautious and aware when walking to and from class or from downtown.

“After hearing about these incidents, I am in shock,” sophomore Taylor Garrand said.

“I have lived in Vermont my entire life, and have never heard of these things happening. It is scary to think that the Burlington community is in danger, when I have always seen this small city as safe.”

The victims described Strong as a black man between the ages of thirty and forty years old, driving a silver volkswagen.  He attempted to get them in his car, according to the release.

“If anyone had a similar instance happen to them or were followed by someone that fits that description, I would ask that they call us here,” Sgt. Michael Davis of the Chittenden Unit for Special Investigations, said.

The Chittenden Unit for Special Investigations worked with the Burlington Police Department on this investigation, according to the press release.

The Chittenden Unit for Special Investigations specializes in investigating cases of sexual assault, abuse, other sexual offenses, and child abuse and neglect, according to the town of Essex’s website.

“News of the stalker is very unsettling especially being a resident on Loomis street.  It is comforting to know that law enforcement is putting their best effort towards finding the suspect however, until he is rightfully caught I hope everyone remains safe and is extra cautious,”  junior Emilie Cifrian said.