Stranger attempts to sleep in student’s bed in Millis 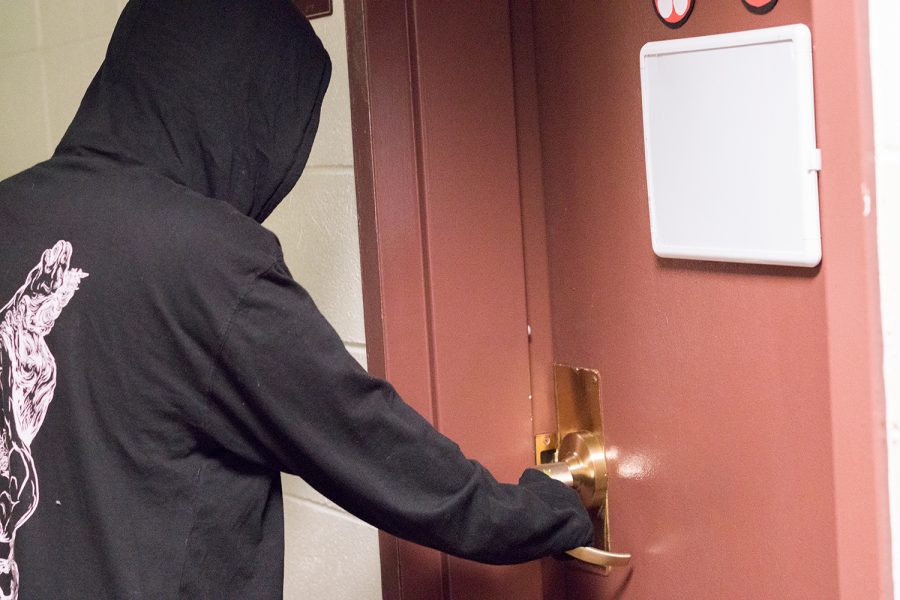 An unidentified man attempted to sleep in a bed already occupied with a resident at Millis Hall Nov. 3, according to UVM Police Services.

The man was believed to have been intoxicated, disoriented and possibly a resident of the building, said Acting UVM Police Chief Tim Bilodeau.

UVM police have not identified the suspect but do not believe he is a threat to the community, according to Bilodeau.

Millis resident Emily Gareri, a first-year, said the incident is especially alarming considering the identity of the man is unknown.

“We don’t know if it was a random member of the community or a student,” she said. “Even now, no one knows.”

Regardless of the man’s intentions, his actions were still a crime, Bilodeau said.

Gareri, who was in the building when the incident occurred, said that resident reactions to the trespassing incident were mixed.

“I was confused because I didn’t know what was happening,” she said. “A bunch of us were freaked out by it.”

Millis RA Caile Rice, a junior, said that she originally heard about the incident from other RAs, not from Residential Life or her supervisor.

“I would have liked more information from my supervisor,  like a list of things to tell my residents or ways that students can keep themselves safe on campus,” she said.

Within the same day of the trespassing incident, an email was sent by the Department of Residence Life to Millis residents.

“If there are items in your room that are damaged or missing or there are unwelcome individuals in your space, please call police services immediately for the safety of yourself and others,” the Nov. 3 email stated.

The email reminds students that UVM Police can’t help them if they don’t report this kind of behavior.

Still, Gareri believes that because the identity of the trespasser remains unknown, a stronger response was warranted to ensure the safety of everyone in the building.

“We believe this is a one-time incident,” Bilodeau said. “We see [trespassing incidents] happen every year without any doubt. We would put out an alert if there was a criteria that this person would be a harm to people.”

Bilodeau said that above all, students should report anyone in your room that you don’t know to hall staff or the police.

“Be aware of your safety and secure the door at night,” he said.