The Vermont Cynic • May 1, 2019 • https://vtcynic.com/news/students-sexual-assault-campaign-gains-traction-in-vt-legislature/ 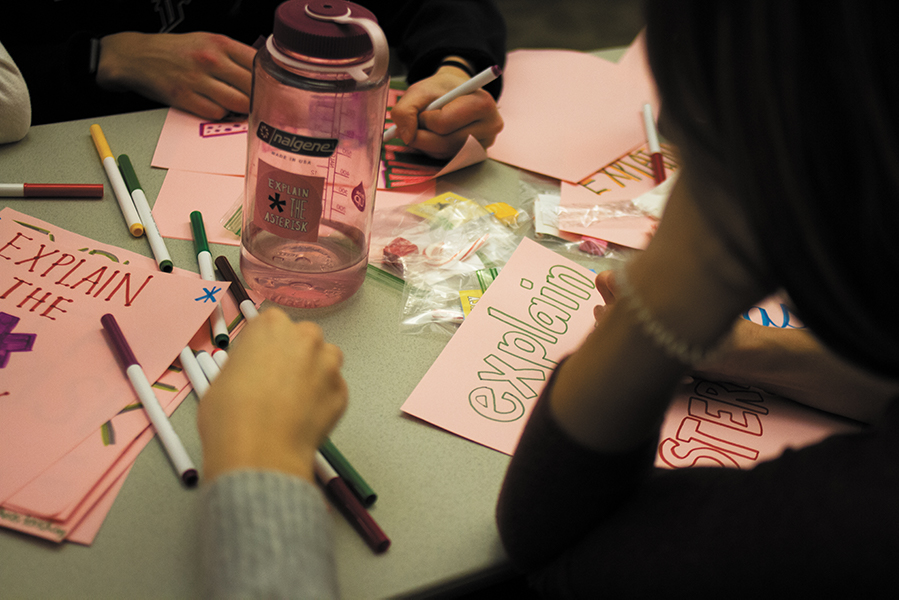 Last year sophomore Syd Ovitt started a petition to force universities to indicate when a student was dismissed for sexual assault.

Explain the Asterisk is Ovitt’s student led campaign to hold perpetrators of sexual misconduct accountable and to make college campuses a better place to live and learn, according to the group’s facebook page.

Ovitt was motivated to start ETA after she found out that the person that sexually assaulted her could transfer to another university without any trouble, she said.

Her concern with the asterisk is that it is also used to represent dismissal for poor grades on college transcripts, she said.

However, UVM does not make use of the asterisk, nor does it indicate if a student has been dismissed for sexual misconduct, according to a September 2018 Cynic article.

“[UVM’s] practice has been to view student transcripts as a strictly academic record that reflects the student’s academic performance,” Communications Director Enrique Corredera stated in an April 24 email to the Cynic.

Ovitt has worked with Vermont legislators, including Colburn and Baruth, over the past several months in an effort to pass legislation requiring universities to indicate that a student was dismissed for sexual misconduct.

A bill proposing a task force to examine sexual assault on college campuses passed in the VT Senate March 27 and is now being viewed by the House, Baruth said.

“It just kind of feels like their way of writing it off and saying it was addressed,” Ovitt said. “I guess it is a good thing … [the task force] is not charged with looking specifically at transcript notation, dismissals, transfers and stuff like that, which is kind of frustrating.”

Senior Caroline Sheehan said she is concerned that merely indicating dismissal is not enough.

“That puts a lot of trust into the university they’re applying to, whether they will investigate them or not,” Sheehan said. “I could see schools just not caring and being like ‘well whatever, we want them.’”

The University has reservations to change the policy, according to Corredera.

UVM is worried that if there was a change to the notation of dismissal, people accused of sexual misconduct would fight the charges harder, which could be a disadvantage to the victim, he stated in an email.

Baruth said he hopes the task force will be able to explore the idea of indicating if a student has been suspended or expelled for any reason on their transcript.

“The University’s position is that they only report academic data on your transcript, but it seems to be relevant academic data to me that you were expelled,” Baruth said.

Although UVM was not in favor of explicitly indicating that a student was found responsible for sexual misconduct, they seemed responsive to indicating dismissal on transcripts, he said.