Students stand up for Syrians 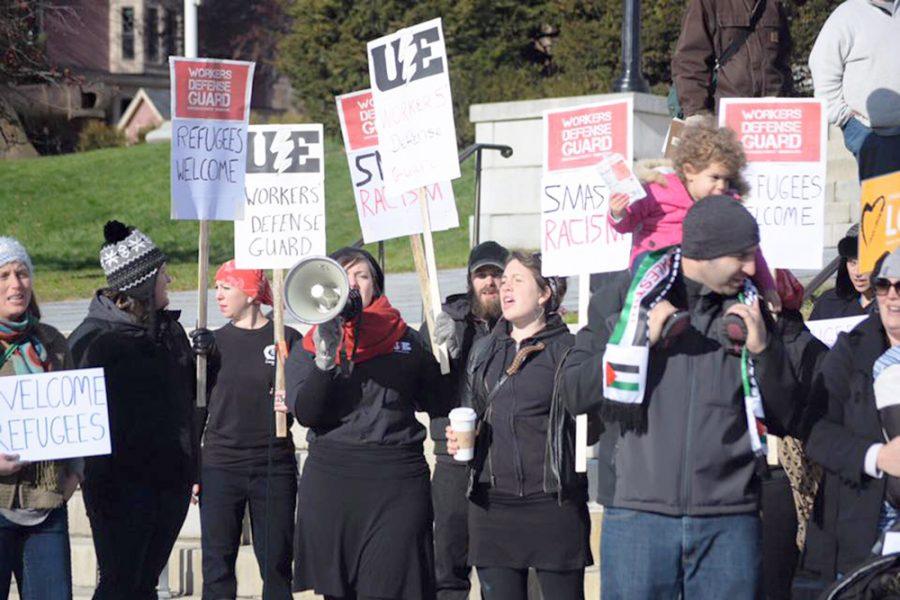 UVM students joined residents in Montpelier to rally in support of Gov. Peter Shumlin’s announcement that Vermont will continue to accept Syrian refugees.

There were two rallies that took place Nov. 20 and Nov. 21. The event was organized by Vermont residents, including Johann Kulsic. 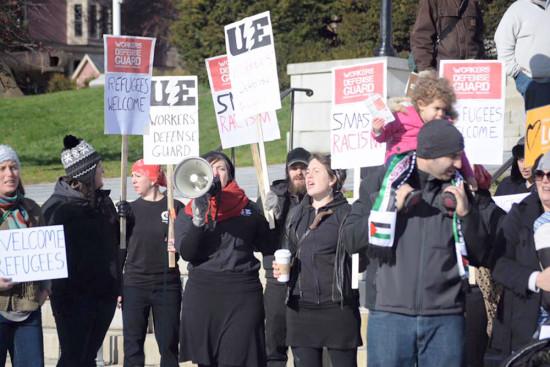 “Given the calls from some governors to pause refugee resettlements, my message is that Vermont will continue to welcome those fleeing war and violence with compassion, hospitality and open arms,” he stated in a Nov. 24 Facebook post.

40 people came to the rally on Friday, and 150 people attended the rally on Saturday, according to a Nov. 22 email from, senior, Caroline DeCunzo.

“Attendees of the rallies demonstrated that Vermonters won’t tolerate racism, xenophobia or Islamophobia, that Vermonters do not equate Syrian refugees with terror and that refugees are welcome in the state of Vermont,” she stated in the email.

“I am proud that Governor Shumlin is not succumbing to the virulent racism like so many other governors in this country,” DeCunzo stated in the email.

Kulsic said he decided to organize the rally two days before it happened to show support for accepting more Syrian refugees in Vermont.

“I’ve been just watching with utter disappointment as people twist this issue into one of us versus them in terms of other downtrodden folks,” he said.

The event was organized by residents and they received supplies such as megaphones and signs from the Vermont Worker’s Center, International Socialist Organization and United Electric, Kulsic said.

“It was a people’s protest,” he said. “There were a good number of UVM students who assisted by showing up.”

“Our hope is to spread the message that we won’t tolerate bigotry,” Kulsic said. “We will

stop it when we see it being actively verbal and approach the folks performing it and try to reach out to them with understanding and love.”

There will be more events like this in the future, Kulsic said.

“It needs to be done. If folks don’t speak up and show that they care about things then nothing is going to change,” he said.

Shona Sladyk, a program support specialist for the College of Medicine, attended the rally, according to a Nov. 30 email.

“I believe that Vermont should be willing to accept refugees in their time of need – especially considering the living conditions many find themselves in with winter coming on,” she stated in the email.

Vermont should accept Syrian refugees, Sladyk stated in the email.

“People need to realize that just because a terrorist happens to be a Muslim, this does not mean that all Muslims must be tarred with the same brush,” she stated. “Not everyone is capable of working or surviving in today’s society and we need to help the lesser of us.”

Sladyk also described her experience at the rally as positive, according to the email.

An earlier version appeared in print on Dec. 2 with the headline “Students stand up for Syrians”