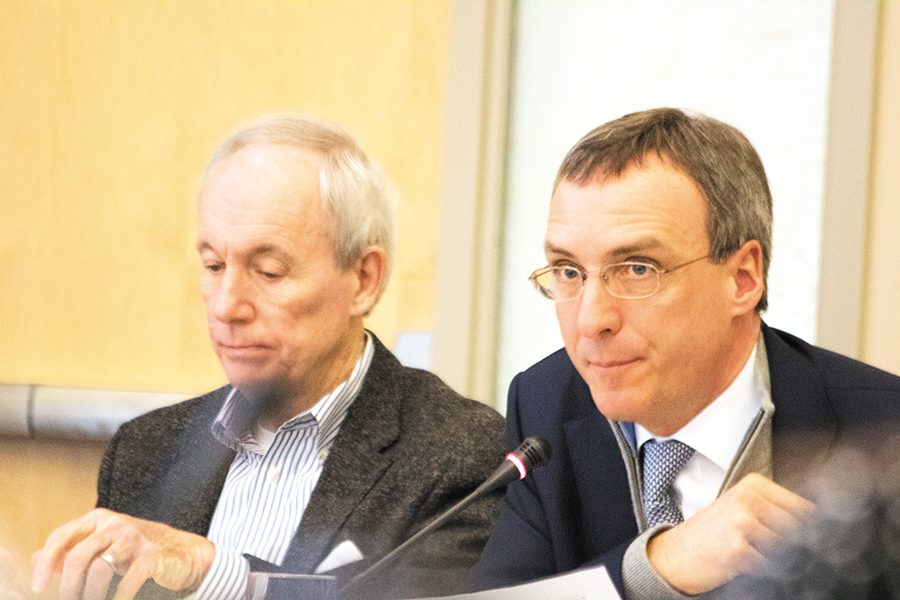 Student-led projects were up for debate at this year’s Board meetings.

Board members followed up on efforts to provide rides back to campus for students through SGA and efforts to address food insecurity on campus, proposing a variety of funding options which Foley and SGA can consider to fund these projects.

Daigle said the Explain the Asterisk campaign, which aims to make transcripts explicitly state when a student has been dismissed from  school for sexual assault, is legally tricky.

“We don’t need to get into it here, but I think you understand there are some very complicated legal implications involved with that movement,” he said. “This particular movement has some tricky flaws.”

Foley said the goal of the support is to make the logistics and situation for students as comfortable as possible.

“Anything we can do to make it safer is what we’re going to do,” he said.

There are stress fractures in universities around the country and at UVM that are becoming more apparent every year and need to be addressed, such as the rate of tuition increase, said David Daigle, chair of the board.

“Together, we have to set UVM on a sustainable, student-centric course,” he said.

Daigle outlined a new strategic process intended to begin upon the arrival of the new University president, following the conclusion of Sullivan’s term this summer.

SGA President Ethan Foley, a junior, gave the board an overview of SGA’s main projects, including support of Explain the Asterisk, the hurricane relief fundraiser raffle and the ongoing Safe Ride Home and Rally Cat’s Closet and Cafe initiatives.