Updates from board meetings 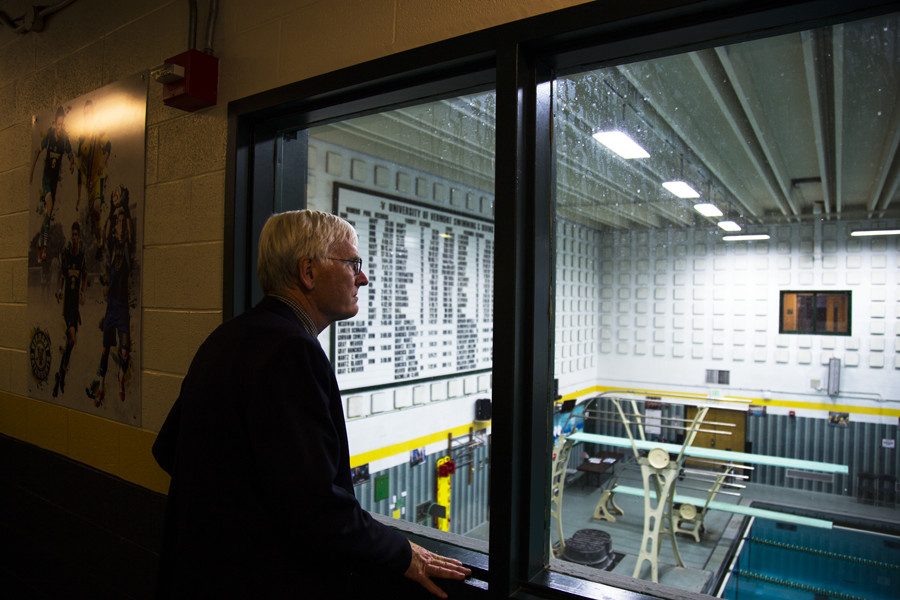 The UVM board of trustees approved new construction projects, academic programs and software purchases at its Oct. 20 and 21 meetings.

The board approved a $3 million renovation for McAuley Hall.

The 1958 residential hall, which has uninsulated glass windows and slate walls, will be renovated with an insulated window system, said Bob Vaughan, director of capital planning and management.

Although the plan is tentative, construction could start as early as summer 2018, Gustafson said.

The board approved spending $1 million on the next phase of funding for the Patrick-Forbush-Gutterson Athletic Complex.

The board expects to raise $30 million from private donors and has already secured “north of 5 million,” said Shane Jacobson, president and CEO of the UVM Foundation.

Renovations will include a “victory lounge” from which donors and alums can watch basketball or hockey games and 96,000 square feet of student recreation space, said Colleen McKenna, the project’s architect.

All renovations of the athletic complex are scheduled to be completed by 2022, the board reported.

During public comment, BSU President sophomore Harmony Edosomwan addressed the board and asked for wider recognition of the experiences of students of color on campus.

She discussed diversity and identity centers, which aim to build inclusivity and give students a voice. Heading-Grant said the shift in public policy has shifted the way UVM operates. The Black Lives Matter flag and the implementation of non-gendered restrooms are two examples that Heading-Grant noted.

“We acknowledge that UVM still has work to do,” Heading-Grant said.

The board approved the purchase of a new advising software, the creation of two minors and one Master’s program and changes to summer tuition, room and board and meal plan fees.

The Committee on Educational Policy and Institutional Resources voted unanimously to approve a new minor in law and society, a new minor in emergency medical services and a new Master’s program in exercise and wellness science, citing “a large amount of student interest.”

Alexander Yin, director of the Office for Institutional Research, presented to the committee his office’s newest data tool for enrollment and diversity data: the Catamount Data Center.

The tool allows anyone to look at how diverse our student body is, and, according to Yin, would eventually include the faculty and staff on campus as well.

In addition to presentations on diversity and action items, the Committee on Educational Policy and Institutional Resources received a presentation on new advising software.

This software, which would cost $200,000 annually, would allow advisers to see which students are at risk academically, schedule meetings with their advisees and contact advisees quickly in case of emergency.

The software would cost roughly $20 per student, Kostell said.

As the software is designed to improve retention and graduation rates, Rosowsky said the $200,000 is “worth it. The board of trustees unanimously approved the purchase of the software.

The University has received $265 million from tuition costs this year.

Tuition has increased 3 percent over the last 60 years. The University plans to charge $62,500 per year for an out-of-state undergraduate degree eventually, President Tom Sullivan said.

At the meeting, Sullivan said he does not want to raise tuition exponentially.

In the meeting’s final hour, the committee of the whole unanimously passed every resolution on the consent agenda.

During a closed, executive session, the board of trustees discussed contract the ongoing contract talks with United Academics, the UVM faculty union.

Both parties declined to comment on the result of the contract talks.

UVM’s faculty union United Academics has been in a deadlock with the University over a contract dispute about salaries since Sept. 11.

The standstill follows the end of the previous three-year contract June 30.

The next meeting of contract negotiations will be Oct. 25, according to Tom Streeter, UA president and sociology professor.