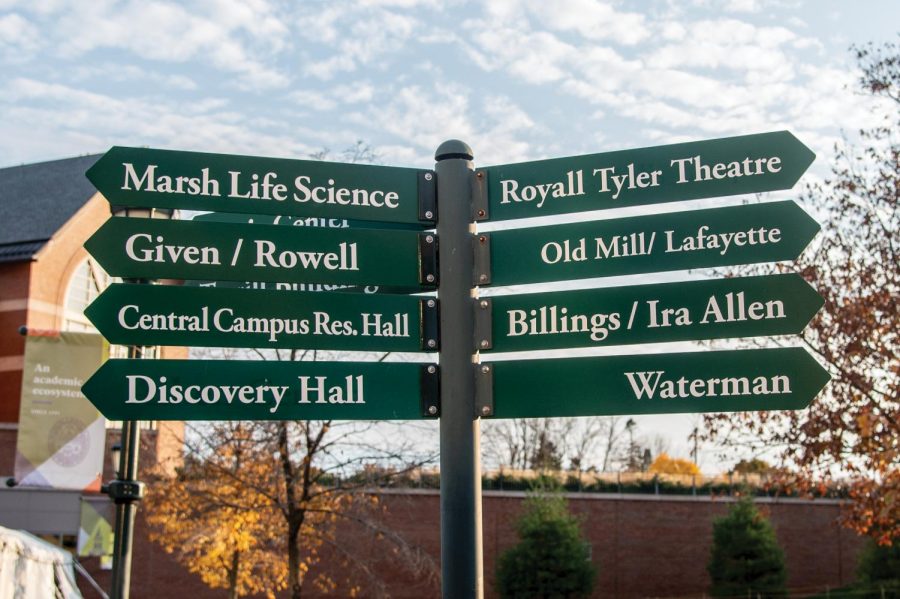 UVM has proposed slashing 27 programs in the College of Arts and Sciences in another blow to the College, citing its mounting budgetary deficit of $8.6 million.

A third email sent only to CAS faculty and staff from Falls states that President Suresh Garimella and Provost Prelock directed CAS to take immediate action to close its deficit by ending low enrollment programs and consolidating departments.

“It is the expectation of the Board of Trustees, the President and the Provost that CAS move forward on this plan expeditiously,” the email to faculty and staff stated. “There is no other way forward for CAS to balance its budget.”

According to the FAQ page, the Classics, Geology, and Religion Departments will all be closed, which employ 23 professors collectively.

“[Cutting the programs] provides the College with an opportunity to more closely align its resources with areas of high enrollment demand,” Prelock stated in a Nov. 23 email sent to the campus community.

Some of the majors include Geology, Religion, Greek, Classical Civilization and Italian Studies, along with similar minors and masters programs.

However, Falls stated that faculty in these departments may still teach general education and Honors College courses going forward.

According to an FAQ page attached to the email, the College of Arts and Sciences is operating at a deficit, meaning that they spend more money than they make.

Between 2010 and 2016, the College’s enrollment rates dropped by 16%, amounting to a growing deficit of over $8 million that the University says is unsustainable.

Falls stated that the cuts will save the University upwards of $600,000, although the College’s projected deficit in fiscal year 2022 is over $10 million.

Falls stated in a Nov. 23 email sent shortly after Prelock’s that each of the 12 majors had an enrollment of fewer than 25 students or had graduated less than 5 students over the past three years.

Despite the announced cuts, UVM students and faculty are already pushing back, citing the importance of the humanities to students’ education.

A “Save the Religion Program” petition has already gained over 1,500 signatures only 24 hours after the decision to phase out the program was announced.

The petition was created by senior Katherine Brennan, and sent to religion majors and minors by Department Chair Anne Clark.

UVM Union of Students is also organizing a pushback against the cuts, telling the administration to keep their hands off of the departments and calling an emergency meeting for Saturday, Dec. 5.

“It does not have to be this way,” an instagram post by the group states. “There is plenty of money at UVM to preserve the quality of our education.”

@Uvmmissedconnections, a student instagram account with over 5,000 followers, posted on their story about how important the programs are to students.

“Humanities are imperative for a well rounded education, and it is NOT acceptable for UVM to divert their funds to the administration and other departments,” one post stated.

However, the University is still holding onto its claim that UVM is a liberal arts University at its core, according to an FAQ page attached to Dean Falls’s email.

Numerous students that are publicly reacting to the email are enrolled in these programs and stated on social media that they are nervous about what is going to happen with their majors and minors.

Prelock stated that students currently enrolled in majors and minors being cut will still be able to pursue and finish their degrees.

“The University will make all appropriate arrangements to enable students already engaged in an impacted program to complete their education,” she stated.

Prelock also stated that Dean Falls is in the process of meeting with impacted faculty and staff to discuss the implications of this plan and the processes that will follow.

“This is new to our campus and it will be challenging,” she stated. “It is, however, essential to the sustainability and viability of our institution.”

Some of the cut departments were already struggling with student interest and registration. Last year, members of the Classics department expressed their concerns about an exact situation like this happening.

“I understand that [other departments] need help, but it’s coming at the expense of the smaller departments that are getting weaker as a result,” said Classics Department Chair John Franklin in a Dec. 6, 2019 article.

At the time, Falls also stated that he had no intention of cutting the Classics department and that he wanted to continue to work with the department.

“[The classics department] is central to what we do and how we can deal with this current sort of context that we find ourselves in, where students are not studying the humanities in depth,” he said in the 2019 Cynic article.

The news that UVM is phasing out dozens of programs in the College of Arts in Sciences comes amid sweeping changes to UVM’s organizational structure which have also been met with pushback.

Provost Prelock announced a seismic reorganization plan for the University that would consolidate its long-held seven college system into a four-college system in a Nov. 23 email.

Before the official announcement, faculty voiced concern over the new plan at a Nov. 16 Faculty Senate meeting attended by UVM President Suresh Garimella and Prelock.

At the meeting, some faculty said they were concerned about not knowing where their department would fall, and many others expressed frustration that they were not included earlier in the decision making process.

The night before the CAS cuts were announced, students also voiced their concerns about the reorganization at a Dec. 1 Student Government Association meeting, where one student said they were concerned the reorganization would lead to more department cuts.

“The primary cuts would be to senior administration,” Honors College Dean David Jenemann said in response. “I would not feel comfortable being part of of this exercise if I thought that it’s end was to strip out.”