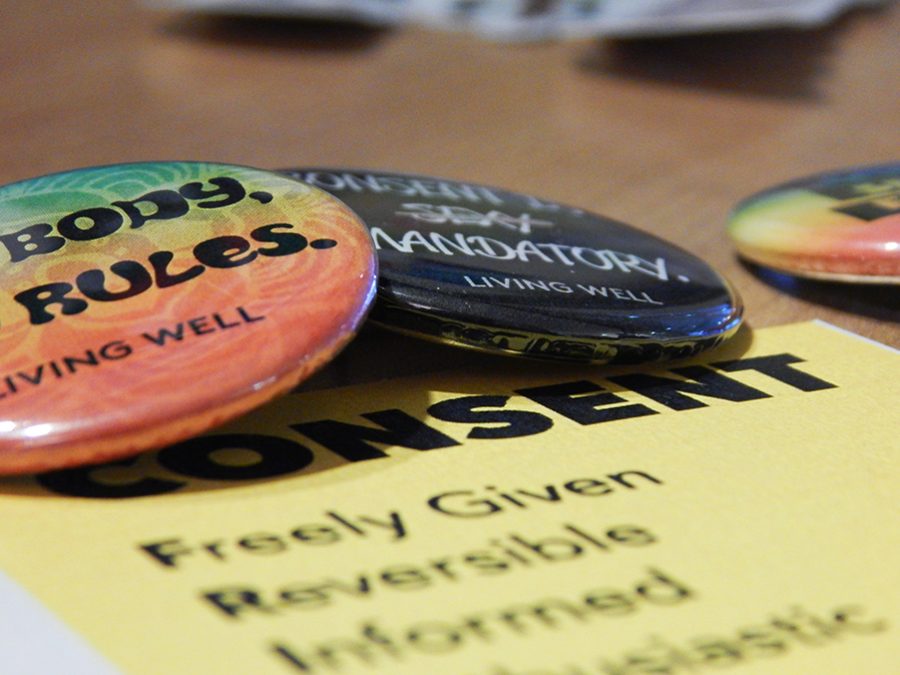 Every day, students on college campuses are having discussions about consent and its role in their lives.

Coming from different backgrounds, many students have varying opinions on education about consent.

UVM defines consent, as a person’s willingness to engage in a specific sexual act or form of sexual conduct.

When talking with students, Sarah Mell, education and outreach coordinator at the Women’s Center, said she has found they often associate consent with sexual violence.

“They’re not thinking about consent except as part of this kind of negative construct of the violent culture that we’re in, as opposed to thinking about it as this awesome opportunity to have amazing sex,” she said.

Mell runs workshops for groups on campus about consent and related issues, she said

Sophomore Carolynn Van Arsdale, who just finished her term as the chair of the SGA Committee on Diversity and Equity, said she has seen conversations online about making the concept of consent comprehensible for kindergarteners.

“The kindergartener will walk in and touch the picture they want to do with the teacher, so if it’s a high five, if it’s a hug, they’ll get to do that with the teacher,” Van Arsdale said. “Teaching children from a young age how to talk about body language and how to interact with them is super important.”

The conversation about consent at UVM has evolved, particularly since the confirmation hearings for Supreme Court Justice Brett Kavanaugh, but not everyone has the same opinion on it, she said.

Kavanaugh was accused of sexually assaulting a woman while in high school, and the ensuing fallout resulted in anti-Kavanaugh protests at UVM and across the country, according to an Oct. 5 Cynic article.

Junior Stanhope Nwosu, a student employee at Living Well, said it’s important for partners to be on the same page about consent. Living Well offers many opportunities to come and ask questions, he said.

There are sex ed office hours and a peer led discussion group called the Good Stuff, he said.

“I’m not saying you can’t ask more then once, but notice when your asking has become harassment,” Nwosu said.

“I ask young men ‘when was the last time you were hooking up with somebody and they paused and asked if you would like to x, y or z’ and the room’s just silent,” Mell said. “That shouldn’t be happening.”

The group often encounters varying levels of prior knowledge on consent, with some having never received formal training in this area, he said.

“Men really get defensive when we talk about consent and they feel like we are accusing them,” Rawlings said. “We’re not here to blame you, we’re here to teach you.”

Students are encouraged to participate in the educational programming offered by Living Well and the Women’s Center, as well as reach out to them to seek additional guidance, according to a Dec. 6 email from University Communications Director Enrique Corredera.