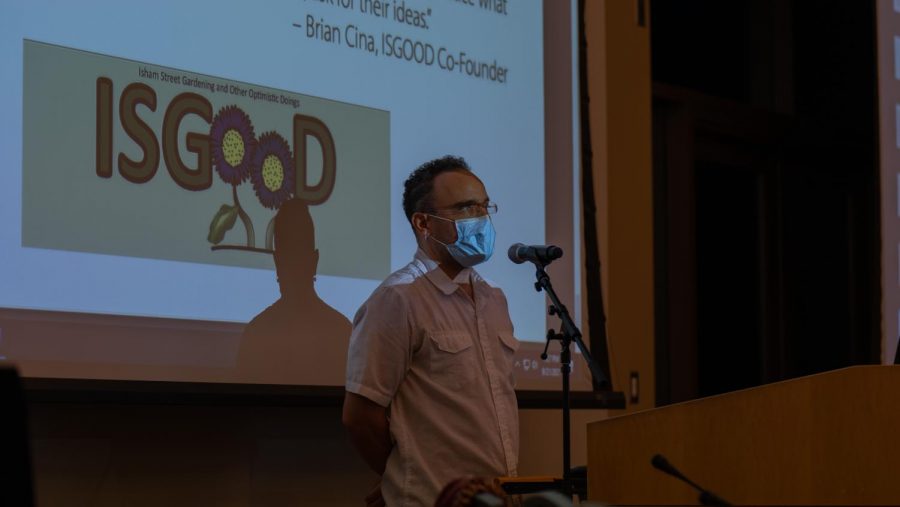 According to the Grass Roots Fund, ISGOOD attempts to build relationships through community gardening, neighborhood clean ups and block parties. Cina said ISGOOD provides for his community and inspired the development of NOW.

As a paid program, NOW plans to train residents and students to serve as mediators and relationship-builders within the community. This aims to address noise complaints, parties, disorderly conduct, fighting, fireworks, littering and vandalism, Cina said.

The plans stemmed from the strained relationship between Burlington residents and the local police department, Cina said. He said these relations have worn thin in recent years, due to police intervention in small incidents.

Relations with police have also become strained given how the social climate following the Black Lives Matter movement, he said.

“[Residents and students] would serve as peacekeepers and guardians of the public good,” he said.

Cina said he hopes these workers will provide follow-ups to 911 calls and provide an unarmed response to potentially volatile situations.

“I see this as part of this vision of reimagining public safety,” he said. “The idea here is giving people more options [than] the existing system of public safety, so that slowly but surely they can get their needs met in a way that doesn’t involve armed people using force.”

UVM Police Chief Tim Bilodeau stated in a Sept. 23 email he supports considerations that elevate the community’s sense of safety and capacity for public safety response.

“UVM Police Services along with our UVM partners have a collaborative and integrative approach to public safety,” the email stated. “We always work to get the right resources connected with people in need of them and we appreciate that UVM Police Officers are part of a much larger team.”

Cina said he presented this program for the first time last week. He did not give a timeline for how long NOW would take to implement.

Students and residents won’t have the power to use force to change human behavior, Cina said.

“You’re going to be given skills to help communicate, to help change how people behave and also to teach the community to handle things better without relying on the carceral state,” he said.

Cina is hoping to get funding for the project from UVM, and is also presenting his plans to Champlain College and Burlington’s Community Economic Development office, to see if multiple entities would consider allocating money to NOW.

SGA President Sam Pasqualoni said to students that anyone interested in getting involved should get in contact with Cina.