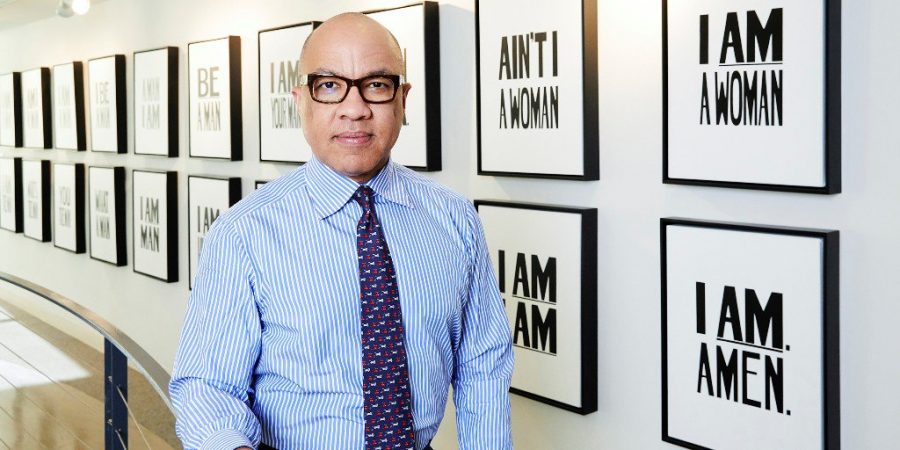 This year's commencement speaker will be Darren Walker, the president of the Ford Foundation, and first openly gay speaker since 2011. Walker has been featured in Time's annual list of the 100 Most Influential People in the World and Rolling Stone's 25 People Shaping the Future.

This year’s commencement speaker will be Darren Walker, the first openly gay speaker since 2011.

Walker, the president of the Ford Foundation, was announced as this year’s graduation speaker in a Feb. 5 email from President Tom Sullivan.

Walker is the first person of color to make the commencement speech since Wynton Marsalis in 2013, and the first openly gay speaker since Billie Jean King in 2011.

“There are so many things in [Walker’s] professional and personal life that align with the University,” said Gary Derr, vice president for executive operations. “His record in social justice and the arts and humanities are things we value here.”

In recognition of his philanthropic work, Walker has been featured in numerous lists of outstanding individuals.

These include Time’s annual list of the 100 Most Influential People in the World, Rolling Stone’s 25 People Shaping the Future, Fast Company’s 50 Most Innovative People and OUT Magazine’s Power 50.

Kate Jerman, director of the Prism Center for LGBTQ students at UVM, supports the University’s choice of speaker, she said.

“This is really exciting for so many reasons. Not only is he openly gay, but he’s a black man and so influential in the work he does out of the Ford Foundation,” she said. “I think there’s something powerful in the University selecting an openly queer person to take the stage.”

David Beitzl, Walker’s partner of 26 years, was a UVM alumnus and died from cardiac arrest Jan. 20,  according to a Jan. 26 New York Times obituary.

“Their love was incredible. It kept them together for so long, and a lot has changed for queer people in that time,” Jerman said.

Some students feel that with this choice, the administration is trying to present itself as inclusive in response to the mass demonstrations last year.

The protests were focused on how the University handled previous racial bias issues and attempted to get the University administration to sign off on a list of demands related to racial issues on campus.

“The demonstrations are certainly part of it. I don’t think they would do it otherwise,” first-year Eleni Pappas said.

First-year Dylan Streb said he thinks that the University chose Walker to be the commencement speaker in place of making more substantive change toward inclusivity.

“I’m totally for diversity in this school, but a person with minority identities just being our commencement speaker won’t fix that,” Streb said, “I feel that the solution to our diversity problem is deeper than just getting a public speaker.”

Walker was nominated among a pool of potential commencement speakers and reviewed by the honorary degree committee made up of students, faculty and alumni, and was ultimately chosen by Sullivan.

“President Sullivan has met with Mr. Walker several times at the Ford Foundation to try to engage him in our humanities program, and many alumni in the New York area are familiar with him,” Derr said.