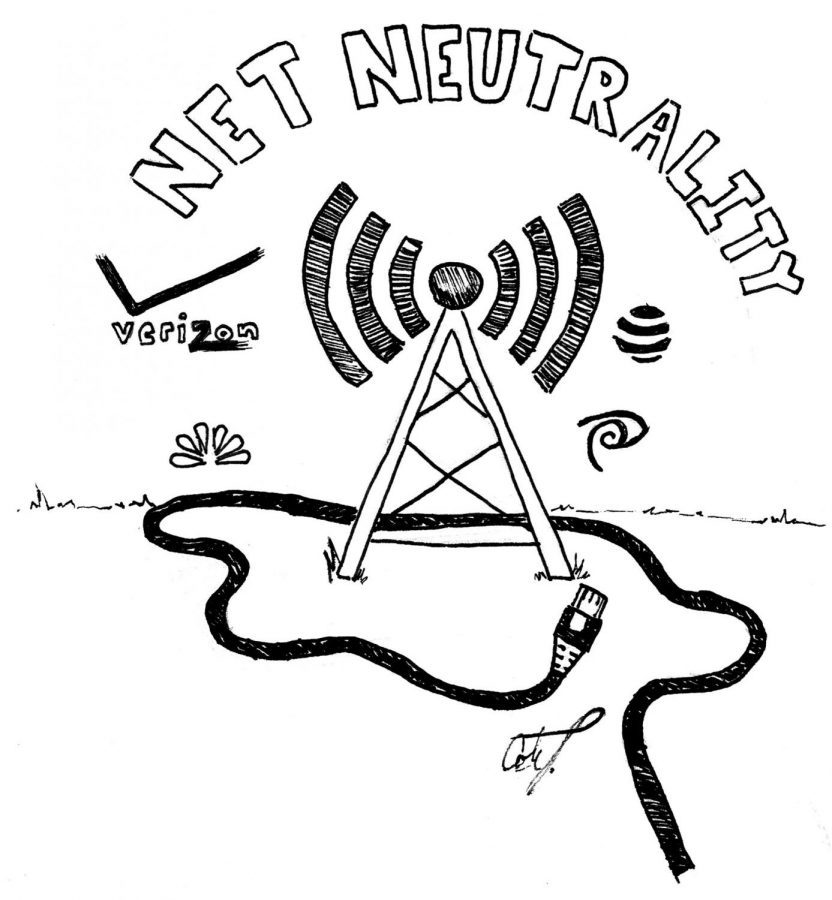 The possibility of the Federal Communications Commission  repealing net neutrality regulations elicited a wave of hysteria predicting the death of internet.

While there are many benefits to net neutrality along with the fact that the internet is functioning fine under the regulations, it is helpful to understand why some people think it is not a good idea.

Net neutrality is a policy that requires internet service providers to treat all web traffic neutrally, prohibiting them from speeding up, slowing down or blocking certain content.

For example, Comcast cannot slow down, block or charge Netflix more money than it charges Facebook.

While most people support net neutrality for a variety of reasons, the concept has potential problems.

Paid prioritization, which is when an ISP allows a company to pay more money for faster speeds, could prove beneficial.

According to a Nov. 29 article in Quartz, economist Michael Katz at the University of California Berkeley said that allowing paid prioritization would let companies that want faster speeds pay a higher price, while companies that are satisfied with slower speeds could pay a lower price.

Large companies that pay for faster speeds, such as YouTube and Netflix, would offset the price of more basic plans, passing the savings onto consumers, said Katz.

An analogy he makes regarding the banning of paid prioritization is that it would be like prohibiting Amazon from offering faster or free shipping options than smaller companies that might not be able to afford to do so.

Many fear that without net neutrality regulations, ISPs will block and throttle internet access.

But according to Katz, competition would prevent that from happening on the basis of economic theory.

A company that better serves what the public wants would replace a company that engages in discriminatory practices.

Furthermore, in a Nov. 30 statement to tech magazine Gizmodo, Comcast said, “We won’t block, we won’t throttle, we won’t discriminate against lawful content.”

Internet service companies have asserted in the past that net neutrality regulations would stifle investment in infrastructure.

However, their financials as reported to the FCC show this has not happened since the regulations took effect in 2015, according to a Feb. 9, 2016 Consumerist article.

If the FCC moves forward with its plans to repeal net neutrality, there could potentially be benefits, but it could also harm the internet.

It could allowing larger companies to gain an advantage over smaller ones and allow ISPs to block or favor content of their choosing.