Cancel culture is unproductive and wrong 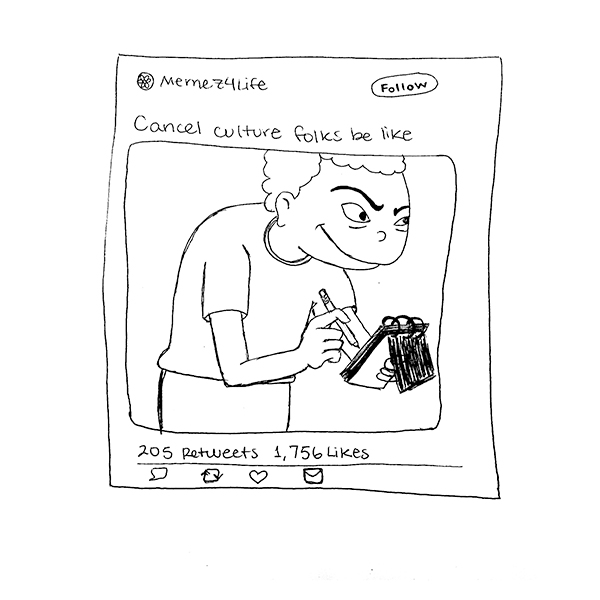 According to Twitter, the punchline of this joke is they all get “canceled.”

In theory, it’s a good way to get rid of toxic people. Yet cancel culture is unproductive and promotes anger for the sake of being angry.

This culture of calling people out is born from the public’s need to be in complete control of what they consume, according to a June 2018 New York Times article.

It’s a reasonable desire, but we could approach it differently. We’re so focused on attaining order over justice and being politically correct that we lose sight of how to achieve that.

We are a jury of finger-pointers, whistle blowers and witch hunters, bounty hunting the bad and the ugly.

“Just fall off the face of the Earth please. We’re sister sick of you. #CancelJamesCharles,” Twitter user @cynthiarenee218 tweeted Sept. 12.

The way we cancel people focuses on only getting the bad out, hiding it from society so that we need not face it anymore. This method doesn’t let people learn from their mistakes.

Cancel culture rarely has an effect on its victims’ careers. James Charles still has 16 million subscribers on his YouTube channel.

Taylor Swift’s sixth album landed the No.1 spot on Billboard’s Top 100 in its first week, according to a Sept. 1 Billboard article. And Kanye West is still releasing music and performing regularly.

It’s time to think about whether participating in cancel culture is worth it.

Are we willing to take part in the same hateful behavior that got the offender in trouble? Or can we find justice in a peaceful and diplomatic manner?

Next time you see someone canceled on Twitter, don’t engage.

It’s time to unsubscribe from anger and cancel cancel culture.