A bad roommate isn’t the end of the world 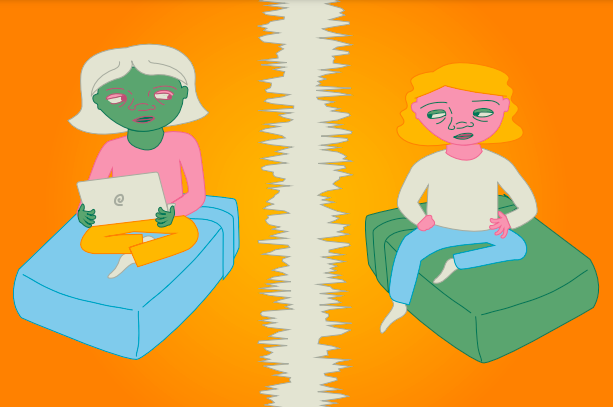 The summer before my first year at the University of Arizona, I spent countless nights lying awake with thoughts about how terrible my first roommate could be.

They could be a serial killer, a terrorist, an arsonist or maybe even a person that didn’t like Shrek.

These dreadful thoughts circled in my mind all summer and only intensified as I counted down the days until move-in.

Upon entering my new quarters for the year, I discovered my roommate had already moved in. I was immediately pelted with red flags so obvious that I could see them with my eyes closed.

SpongeBob bed sheets, a pillow fort in the middle of the room and a machete gently resting in the corner gave me all the evidence I needed to know that this was not going to end well.

It all came to a head about a week following move-in day, when I woke up in the middle of the night to find my roommate staring at me from his bed, machete in hand, mumbling about how “we all die someday.”

I spoke to my residential advisor and was able to relocate to another dorm before my roommate had even figured out my intentions to do so.

Within the week, I was moved yet again after I discovered my new roommate watching terrorist beheading videos on his laptop.

There I was, a second-week first-year who had already moved into three different dorms. I thought my college life was over before it had even begun.

I felt like it was all my fault, that I was just somehow incapable of getting along with people. Or maybe it was that everyone in college was simply crazy and I shouldn’t have even bothered trying to make friends.

However, instead of letting this terrible experience get the best of me, I decided to leave it in the past and make the best of what I had.

I joined clubs, started conversations with people sitting next to me in class and built a community of friends that helped me move past my bad roommate experience. I realized that not everyone at college was so crazy after all.

I ended up transferring to UVM two years later, but the time I spent at Arizona and the experiences that came with it are memories I will cherish endlessly.

Although I may have gone off to a new school, there are ways to make the most of your situation if you are experiencing roommate troubles.

Finding your own space outside of your dorm room is a great way to cope with a challenging living situation, according to a June 22 article from U.S. News.

UVM and the Burlington area host a variety of spaces that can be used for studying, eating, meeting people or hanging out.

The Redstone Green and the Harris-Millis basketball courts are great examples of social outdoor spaces, while downtown coffee shops and the Howe Library provide students with comfortable study spots.

Don’t let a setback at the beginning of your college journey tarnish the rest of the long way you still have ahead of you.

Bad roommates come and go, but the college experience stays with you forever.