A few words of wisdom to the incoming class of 2021 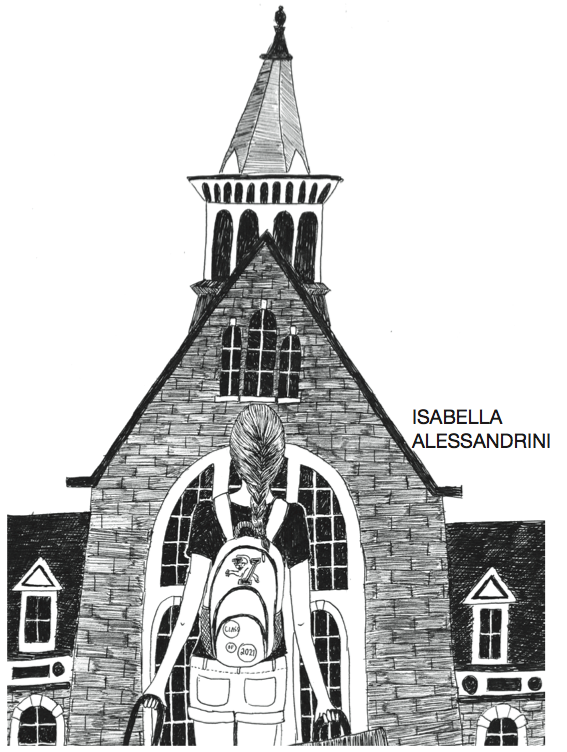 Nice job. You got accepted. You will soon discover that this school wants your money and not much else. You got fooled.

At some point, somehow, describing you as “fresh” was somehow offensive. I get the “men” part. Maybe let’s call you “freshfolks,” or maybe just “fresh.” [First years reminds me of Harry Potter. Those kids were literally 11 when they were first years.]

When I got to college as a freshfolk, I was feeling pretty fresh.

I’d just come off a gap year of traveling. I had seen much of the world. I had literally walked 500 miles across Spain. I was feeling pretty accomplished.

That all went down the drain pretty fast. I discovered that most kids were picking right up where they left off in high school.

They weren’t interested in much more than drinking, smoking weed, and worst of all, playing video games. I learned of a phenomenon called FIFA. I was unprepared for how glued to their screens everyone was.

The first day of class, I didn’t know where any of my classes were in Lafayette.

I mistook the number of my first class, English 101, for the room number.

In what you might say was a classic mix up, I sat in the wrong class, a class that had nothing to do with English literature, for a good 10 minutes.

That story is not true. But it could happen to you.

The first day of class I was utterly overwhelmed by the sea of kids; I wasn’t prepared for feeling absolutely anonymous.

In my dorm, I didn’t have that much trouble making friends. We had a pretty good group of kids in our hallway.

I remember that we would tend to all just hang out smack dab in the middle of the hall on Friday nights. Kids would duck back into their rooms to hit the marijuwans.

I would stand right in my door way with a beer in the inside hand, taking sips and looking out for the beer police –– the RA’s.

One time the actual police showed up.

One of the kids, whose name is a prominent city in Texas, a democratic city, which starts with an A, was talking about how we should do bong rips in the hall.

Unknown to him, there was a giant copper standing right behind him.

Hey, Texas-City, I said, how bout we don’t do bong rips in front of the police. We got the cops out of there, explaining it was all a big misunderstanding.

Here’s the first lesson kids: you won’t make friends sitting by yourself in your dorm room or at the grundle. You can’t expect people to come up to you and thrust friendship upon you.

My advice to you is to seek out friendships. Talk to your neighbor in class, even if you think they might be annoyed. They will open up.

Here’s the second lesson: you may make a lot of friends. You might make more friends than you can keep track of. People you hung out with your first year might become strangers by senior year. That’s ok, but be kind; stay in touch.

Third lesson: don’t be cruel. There was a kid who was a bit weird. He didn’t even live in our hallway. He lived on the floor above, but he would often walk down our hall looking for people to hang out with: everyone shunned him.

His family owned a restaurant and over break he brought back a case full of expensive liquor.

I sympathized with the kid because, and this may be hard to believe, kids in middle school thought I was weird. I was bullied. Heavily. I switched schools in the fifth grade and showed up at my new school with a tye-dye t-shirt and hair down to my shoulders.

“Girl in the locker room” they yelled on my first day.

I ended up cutting my hair and trying to fit in.

Worst mistake of my life. If people think you’re weird, you are probably doing something right. Of course, there are exceptions.

Standards of hygiene should be observed. Try to look people in the eye when talking to them. Whatever you do, don’t scratch your ass in front of other people. You know who you are.

The cool thing about college is you get to try new things. You can discover things you never thought you would be interested in, but don’t lose sight of who you were to begin with.