A sobering look at the drinking age in U.S. 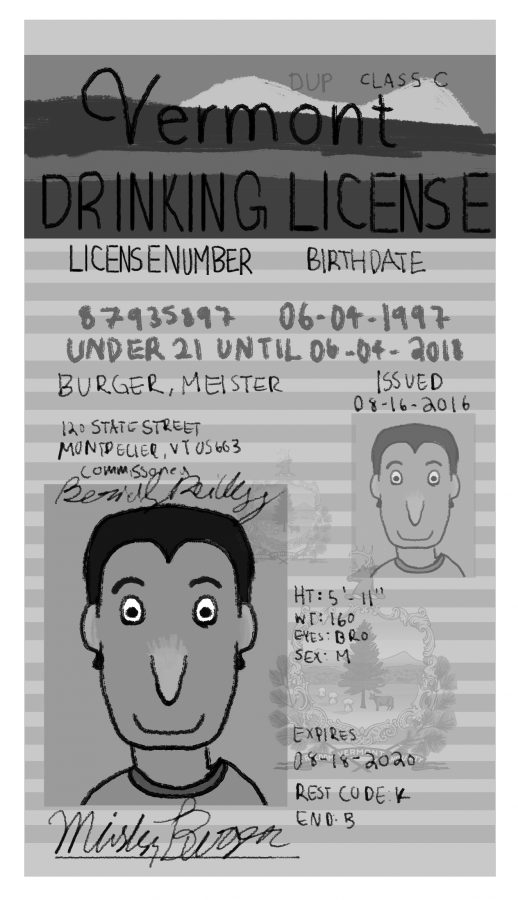 Every Friday night in Burlington, hundreds of people buy booze for their friends and acquaintances who aren’t yet 21.

How do I know this? Observation. Experience. Common sense.

If I buy three 30-racks, a couple handles and a few bottles of wine, I’m clearly not buying for only my own personal consumption.

About half my friends, rising seniors, are still under 21. The drinking age is not preventing any of them from obtaining alcohol.

If we’re serious about preventing people under 21 from drinking, there should be limits placed on how much booze one person can buy. But we are not serious about it.

Once you’re 21 the people who sell alcohol could give a rat’s ass what you do with the booze once you walk out the door.

I’m not trying to argue that we should lower the drinking age. Nor am I arguing that we should impose limits on how much alcohol one person can buy at a time.

What I am arguing is that we should have one clear standard we actually enforce. What we have now is basically “don’t ask, don’t tell.”

I think if we did try to impose restrictions on how much beer and liquor one person could buy, would see the greatest opposition coming from the people who make booze and the people who sell it.

If tomorrow everyone under 21 no longer drank, every liquor store, beer company, vodka distiller and wine maker would see their revenues take a major cut.

What share of the market people under 21 make up is unclear, and statistics on this would be hard to come by. But it’s surely a sizeable chunk.

Beer and liquor companies want people under 21 to drink and need them to drink. Why did I have Miller Lite ads popping up on my Facebook page when I was 16? Watch any baseball game, any football game or pretty much anything, and you will be barraged with ads for beer and vodka.

The drinking age is hypocritical, but there are valid arguments for why it should be in place.

It prevents teens from drinking and driving to a large extent. So would robust public transportation systems. So does Uber.

I think we need to separate the two issues, drinking and driving. Many, many sober people die behind the wheel. Perhaps a new system would allow an 18-year-old to choose between a drinking license and a driver’s license. I know which one I’d pick. 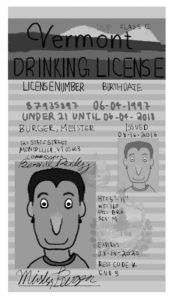 It positively bamboozles my little brain that you can vote at 18 but you can’t drink. Surely, voting is one of the most important decisions a person can make. It’s a great responsibility. Yet 18-year-olds can’t be trusted to drink. You can get your leg shot off in Afghanistan, but when you come home you can’t have a beer. This is what makes me angry.

Yes, 18-year-olds will abuse alcohol. They will get shitfaced. But have you seen 30-year-olds drinking? A responsible drinking age would probably be around 40, but that would not stand.

I encourage people who are barred from drinking because of this arbitrary drinking age to launch a campaign in Vermont to lower the drinking age. I’d love to help, but I’ll be busy drinking Labatt at the beach.