Activism must go beyond social media 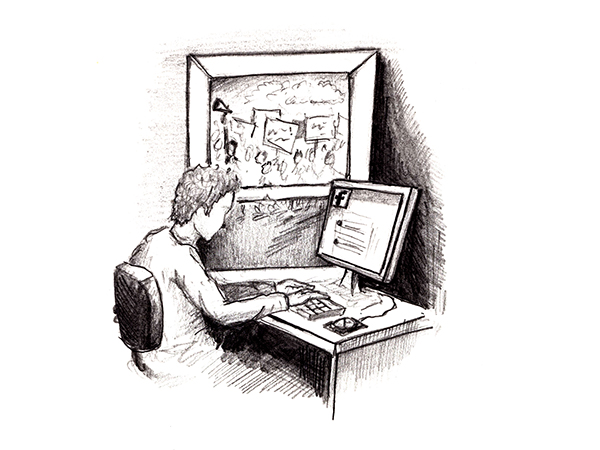 Instagram stories, posts that appear for only 24 hours, have recently been used by activists to spread awareness about political and social issues.

On social media, and especially on college campuses, students constantly feel the pressure to do something about what they believe in.

At a school like UVM, where protests and activism in general are popular in the community, it is common to see people posting online about what they believe in. This is called performative activism.

Performative activism is defined as activism that is public: a person making their stance clear through social media or other public acts, according to a March 26 Columbia Spectator article.

While it is a great thing to speak openly about the many issues globally, if someone stops their activism at posting an Instagram story, it does not help those in need.

Posting a picture of the burning Amazon rainforest with the caption, “OMG! How could Brazil let this happen?” doesn’t help restoration efforts.

It raises awareness about the issue but does not give any insight into what one can do to help.

Brazilian President Jair Bolsanaro told journalists at a weekly media breakfast: “You have to understand that the Amazon is Brazil’s, not yours.”

By this, Bolsanaro means that the U.S. must take responsibility for its own carbon footprint before criticizing Brazil. The fires were deliberately started by Brazilian cattle farmers to clear land for beef farming, according to an Aug. 27 LA Times editorial.

Instead of posting on social media, you could eat less beef, which will not only lower demand for Brazilian beef, but also lower your own carbon footprint.

The U.S. imports 156 million pounds of beef from Brazil each year, according to the editorial.

If this demand decreases, then less beef will be produced, and less of the rainforest will be set on fire by humans.

That will do more good for the rainforest than a post on social media.

The account owners later admitted that the account’s primary promise was a scam, and they never intended to donate that many meals to Sudan.

This happened during the peak of the Mattar Blue Movement.

This movement, which spread across social media, urged people to change their profile picture to the color blue to remember activist Mohamed Hashim Mattar, who died at a protest outside military headquarters in Khartoum, Sudan.

The blue profile pictures showed solidarity with Sudan.In order to feel like they were helping, people shared this post without fact checking it.

Performative activism has a place, but posts on social media only do so much to help.

Share links to resources people can use to either donate or further educate themselves on the topic.

Without this realization, nothing will change.