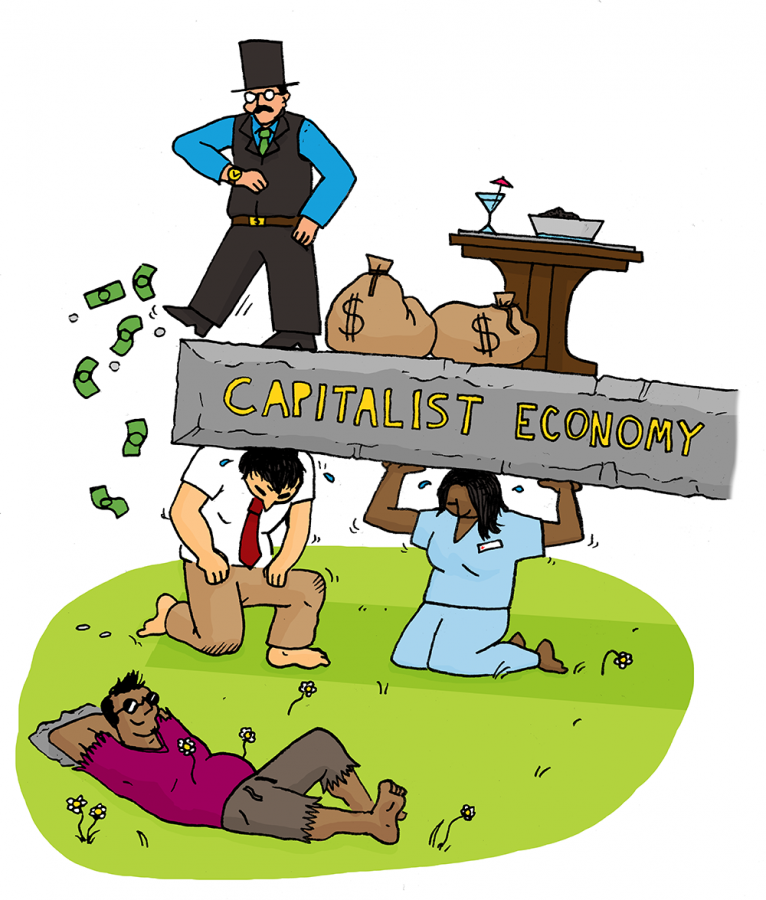 Side hustles, two jobs and monetizing every moment of one’s day seems to be the newfound market plan of aspiring business people even though this method causes burnout fast.

Online and in-person, people who claim they have the key to success say it comes from hard work all the time. One hundred percent of the effort is put into everything you do.

Yet this is an issue when one realizes you have to put 100% of effort in not just work, but family, friendships and hobbies.

To be the modern-day renaissance man you have to master it all; you have to be a productive member of society, a doting family member and a friend who is always there for everyone.

It is an ideal, and when we as a society desperately try to reach this ideal we crash and burn.

According to the American Psychological Association in 2007, a third of Americans are living with extreme stress.

Again in 2021, post-pandemic, the American Psychological Association reported that 48% of survey respondents in their stress in America report felt higher levels of stress post-pandemic.

With the pandemic, people are no longer living their normal busy lives. Instead, we are in our homes feeling guilty about not working, not having the motivation and dealing with new stressors like online burnout.

This stress can only be attributed to the ideal modern renaissance person; we are expected to be near perfect at everything we do and that stress is overwhelming.

In America the lifepath is set out for most from a young age: school, college (or another kind of upper schooling), job, marriage, children, grandchildren, retirement, die.

The ideal life path is expensive, with UVM’s out-of-state base tuition (room and board included) being $57,244, according to UVM Financial Services.

Many struggle with paying high tuition costs by juggling multiple jobs and classes and those who do not go to college are sometimes shamed for choosing other career paths.

Those that struggle are also not seen kindly in the eyes of society.

Anyone who has used the internet has seen people be labeled as lazy for being unemployed.

Yet this argument does not hold true. According to a Dec. 2020 CNBC article, the U.S. has 10 million fewer jobs now due to the pandemic.

It is not laziness when there is a lack of job availability and most positions are underpaid.

It is not laziness when we are made to feel guilty for not being productive when there is no productivity to be done.

Assuming someone works 40 hours a week and there are 52 weeks of work, the total amount made in a year would be about $15,000 per year.

The federal U.S. poverty guideline says that a one-person household threshold is anything under $12,880 a year.

Yet adding in just one more person makes the poverty level anything below $17,420 per year.

Two people cannot sustain themselves on the baseline salary.

I guess that’s why people who love capitalism say you have to have multiple hustles if you want to succeed.

They fail to realize though that not everyone wants to monetize their hobbies.

Personally, my hobbies are meant to destress and the chance of getting money from doing them would take away any pleasure I receive.

We as a society need to reevaluate our ideas and the way we value workers.

The minimum wage needs to be raised to at least $15.

People need to be given sympathy for external problems like unemployment rather than being called lazy for not being able to find work.

Instead of advice being to work multiple jobs and to monetize hobbies, we need a system rewrite that works for the majority of people.

Capitalism is not the default; an example being in indigenous tribes where all shared the resources they were given.

In these systems everyone played a role that helped the whole community; I think we should bring this thinking back to ensure everyone has a higher quality of life.

To stop the extreme stress rates we need to learn to slow down and smell the roses and to be kinder to all.

A person cannot give 100% all the time. We need to change.